A police officer conducting a field sobriety test with a driver. Often, FSTs do not accurately measure a person’s drunkenness, and your DUI lawyer in Huntington Beach can prove that.

A DUI arrest in Huntington Beach is serious, but don’t lose hope. Even if the evidence against you seems solid, it’s rarely the full truth. Good DUI defense lawyers know how to look for issues like testing errors (which are surprisingly common with blood and breathalyzer tests) or officer mistakes during investigations.

You likely have more of a defense than you think. Get in touch with a Huntington Beach DUI attorney who understands the unique nature of these cases. They’ll look at the evidence and point out any weak points to help you avoid trial, reduce your sentence, or get you off completely.

What Should You Do If You’re Pulled Over for DUI?

If you get pulled over for a DUI, the best piece of advice is to avoid any behavior that could put you further in jeopardy during the stop. Here are seven things you should do right away:

1. Carefully Find an Area to Pull Over

During any traffic stop, it’s important to pull over safely out of the way of other traffic. The officer will be observing how you do this. They’ll look for unnaturally slow or erratic driving, pulling into an unsafe place, or any type of unusual driving patterns. This could influence what they put in their report after stopping you. The police report is vital to your hearings and related DUI trials.

Police officers know to be cautious and ready to protect themselves if someone acts shady. They will approach your vehicle from the back so they can clearly see you. Avoid any actions that could increase suspicion and put the officer on guard, such as:

It is best to keep your hands on the wheel and sit quietly as they approach.

It can be hard to remember to be patient and polite when you’re pulled over. Don’t be rude, hostile, or resist arrest as this just gives them further reason to arrest you and increases your chances of being convicted. The officer is likely to go easier on you in their police report if you’re sincerely cooperative, helpful, and friendly.

4. Don’t Answer Questions That Could Incriminate You

You will likely be asked if you’ve been drinking and how much you’ve had to drink. Officers are trained to use any anxiety you have about pulling over against you. If you’re concerned your truthful answer to this will incriminate yourself, respond politely with, “I’m sorry, officer, but I don’t wish to answer these questions, thank you.”

Otherwise, any inconsistencies in your answers will be used against you in court. You may be further pressured and arrested, as well as lose your license, but this outcome is less severe than going to jail because you gave answers that incriminated you.

If you did only have one or two drinks that you don’t believe put you over the legal limit, you may use your own discretion whether you say so. However, if in doubt, do not lie, and know saying nothing is your safest option.

Field sobriety tests (FSTs) are physical tests in a standard DUI investigation where an officer will ask you to step out of your vehicle and perform if they suspect you’re intoxicated. You might be asked to:

There are many problems with these tests. They aren’t always fair and can be used as grounds to arrest you instead of proving you’re sober. Once an officer believes you’re driving under the influence, there’s no way to “pass,” since most people are bound to make a mistake.

The best choice for most Huntington Beach drivers is to politely decline to perform the FSTs and not provide further incriminating evidence. You’ll likely be arrested for DUI for refusing a breathalyzer test, but chances are high that the officer planned to arrest you for it anyway.

6. Write Down Everything You Can Remember

As soon after the DUI arrest as possible, record your memories of the incident, including:

The more details you can remember and write down about the arrest, the more it can help your lawyer fight your charges, even if a detail doesn’t seem particularly relevant at the time.

What Your Huntington Beach DUI Lawyer Can Do After Your Arrest

While you prepare yourself on what next steps could look like, your DUI attorney will handle your case and ensure your rights are being protected. They will look for holes in the prosecution’s techniques, any violation of your rights, and errors the officer may have made in an effort to negotiate for a plea bargain and/or win your case in court.

Even if you are convicted, your attorney will use strategies like these to reduce your penalty severities. A DUI lawyer can potentially impact your case in your favor by:

There are numerous loopholes that can appear within the prosecutor’s case against you. Your Huntington Beach DUI attorney can make any of the following defenses to prove your innocence and drop your charges:

Our Los Angeles area drunk driving defense attorneys can get you in touch with the best DUI lawyer in Huntington Beach for your specific case and situation. Plus, they’ll offer you a no-obligation, FREE, consultation as soon as possible. Call us or complete the form to the right to get started. 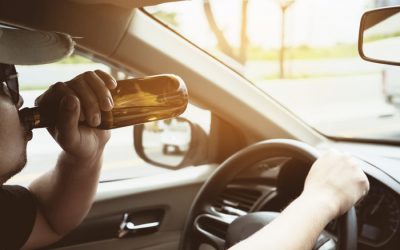 Drunk Driving Defense,
Is a DUI a Wobbler? Continue Reading » DUI Penalties in CA,
What Happens When You Get a 4th DUI in California? Continue Reading »
Menu