If you’re facing a Burbank DUI charge there are tough odds against you. You face the possibility of jail time and you could lose your driver’s license. You’re also on the hook for substantial fines, which can easily total thousands of dollars. It’s a very serious charge—but only if you’re convicted.

Fortunately, there are steps you can take to improve your case. We firmly believe that every DUI defendant should go into their case with an experienced Burbank DUI attorney helping them. The right lawyer can help you fight to avoid fines, stay out of jail and even keep your driver’s license. In many cases, they can help you walk away acquitted of all charges.

The Cost of a DUI in Burbank, CA

California Law has taken an increasingly stern stance toward DUI offenses. 350 people are charged with DUI in Burbank each year, and the District Attorney’s office prosecutes these cases aggressively. This is not only out of a concern for public safety—the fines and fees associated with DUI are a vital source of income for local government. DUI costs have soared in recent years, making it one of the most expensive misdemeanors on the books.

The penalties for DUI in California depend on whether it’s a first, second, or third+ offense. All convictions, even first time offenses, carry mandatory jail time. The penalties for a first DUI include:

If you’ve had prior DUI’s, the costs will be even steeper. You can face over a year in state prison, and up to $18,000 in fines and fees. Your case could even be tried as a felony.

What Happens after You Get Arrested?

You may have been arrested by the Burbank police, the California Highway Patrol or the LA County Sheriff’s office. In most cases they will book you and you will spend up to 24 hours in the Burbank Police Station. The next day you’ll be processed and released. Deadlines for you case start counting down immediately, and you need to be ready for each one:

The Best Thing to Do for a DUI

When you’re charged with drunk driving, the court may offer you a free attorney, known as a public defender. Public defenders are good lawyers but they have a large case load, and very little time to dig through the evidence against you. In many cases, they will advise you to plead guilty and take the first offer the prosecution makes. This can be disappointing, especially when these offers are little better than being convicted in court.

Hiring your own DUI attorney makes a difference. These attorneys will go through every possible strategy for defending your case. They may be able to win your case for you, or get the charges dropped to something less serious than DUI. Frequently, they can negotiate a much better deal for you—a real deal, that will improve your outcome for years after your case.

DUI attorneys are skilled at taking apart even the most difficult cases. There are several ways your lawyer might work to turn things in your favor:

DUI lawyers use all of these tactics together to create the best possible outcome for you. This could include being acquitted, having the case dismissed, or getting the DUI reduced to a lesser crime. It can also mean saving thousands of dollars in fines and fees.

How to Find the Best DUI Lawyer in Burbank, CA

Burbank has countless law firms. Not all of them focus DUI cases, however. With your future on the line, you should hire only the most qualified DUI defense attorney:

If you’ve been arrested for DUI, you need to act fast. Deadlines are already looming that will determine the future of your career, your freedom, and your ability to drive. The only way to meet your arrest head on is to have a professional at your side.

Our site exists to connect you with the best DUI attorneys in Burbank. This service is completely FREE. All we need are a few basis details, and we’ll get to work immediately matching you with a pre-screened DUI lawyer. Every lawyer we work with offers a 100% free, no obligation consultation.

The night before Thanksgiving, I stopped at the Ralph's on San Fernando Ave. when I saw the red lights in my mirror. I was confused to say the least. Soon I found myself searching for a Burbank DUI Lawyer. There are so many lawyers I didn't know which one to trust. Yet, when I found LA DUI Associates I was extremely glad. They were both attentive and knowledgeable. 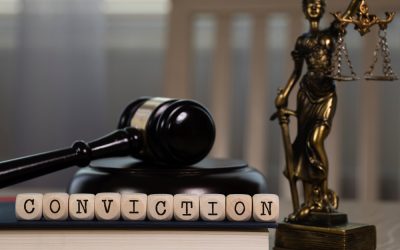