Diamond Bar is not a good place to face a DUI charge. The courts are strict and penalties for DUI are tougher than ever. Sentences can include jail time, a suspended driver’s license, court-ordered DUI school and fines that take years to pay off. Don’t take your DUI charge lying down—you need to defend yourself.

The best way to fight your DUI is by talking to a Diamond Bar DUI attorney. DUI attorneys are more than just legal counsel. They have the experience to know which defenses will work and which ones won’t. They can often resolve a DUI before you ever go to trial. They may be able to get your charge reduced or even win your case for you.

The Cost of a DUI in Diamond Bar

DUI is no longer a minor traffic offense. It’s a serious misdemeanor and it carries some of the heaviest fines on the books. These fines have consistently gone up across California, and local governments now see DUI as a source of money. The City of Diamond Bar is no exception. County Sheriff’s Deputies in the area routinely conduct DUI checkpoints to maximize arrests. Those caught in these sweeps could pay up to $15,000 even for a first offense.

But fines are not the only penalty. California has a complex system of DUI penalties set down in the California Vehicle Code. These penalties are divided into first offense, second offense, and third (or subsequent) offense DUI’s. None of them are lenient. Basic penalties for a first time DUI include:

In addition you will spend at least three years on probation and may have to drive with a breath device in your car.

If it’s a second or third DUI, the penalties are far worse. Jail time can be up to a year. License suspension and DUI school can go for several years. And the fines and fees are often over $10,000.

Beating a DUI in Diamond Bar

To beat a DUI you need to know the legal deadlines you face and take smart, fast action to meet each one. Every DUI case follows a similar trajectory, regardless of how it started. You may have been arrested by the County Sheriff out of the Walnut/Diamond Bar station or the Highway Patrol out of Baldwin Park. You may or may not have been put in jail overnight. But no matter how your case started, it will move quickly and you need to know how to prepare for each step.

The major deadlines of a DUI case include:

Does a DUI Lawyer Really Make a Difference?

It would not be an understatement to say that talking to a DUI lawyer is the single most important thing you can do for your case. A DUI defendant without a lawyer is unable to navigate the legal system and doesn’t know how to drive a hard bargain with the prosecutor. Even if you are appointed a public defender, they have little time to spend on your case and they do not specialize in DUI law. A real DUI lawyer makes a big difference.

Some of the advantages a DUI lawyer gives you include:

Speak to a Diamond Bar DUI Attorney for Free

You deserve a strong defense. We can help you get it. By providing us with just a few basic details, we can match you to a Diamond Bar area DUI lawyer with the experience you need. We don’t charge for this, and we only match you with lawyers who offer a 100% free evaluation of your case.

I really wanted to get this trucking position at a company, but they said they couldn't hire me because of a prior DUI that I got in Diamond Bar. That sucked because there's a lot of money in that industry. I called LA DUI Associates to see what I could do about this thing. They said there was a good chance they could get it off my record and they did. I'm really glad I called the attorneys at losangelesduiattorney.com. Marijuana DUI,
Can You Get a DUI for Weed? Continue Reading » 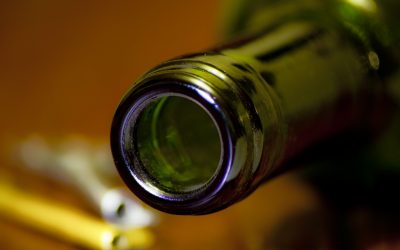 DUI Penalties in CA,
How Much Does It Cost to Have a Breathalyzer Installed in My Car in California? Continue Reading »
Menu