Home » Resources » Frequently Asked Questions » What Happens if a Child Is in the Car During a DUI Arrest?

If you get stopped for driving under the influence (DUI), and you have a child in the car, you can face harsh criminal charges under California Vehicle Code (VEH) § 23572 for a DUI with a child under the age of 14 in the vehicle.

Technically, VEH § 23572 is an enhancement to other charges in California. This means that you will only face increased penalties for having a child in your vehicle if you get convicted of a DUI. If you don’t get convicted, you won’t have to face the penalties associated with VEH § 23572. Two police cars pull over a car on the street. If your child is in the car when you get arrested for DUI, you can face serious charges and penalties. Our lawyers explain.

VEH §23572 serves as an enhancement for drivers who get accused of a DUI with a child in the car. VEH §23572 allows the court to automatically add time to your jail sentence for a DUI conviction. You can face between two and 90 days of extra jail time, depending on your number of prior DUI convictions.

Each conviction leads to more severe penalties. Additionally, you should know that the jail time associated with a VEH §23572 enhancement cannot be avoided. You must serve this time in jail if you are convicted of a DUI with a minor in the car.

Penalties Associated With a DUI With a Child in the Car

The court system in California uses many harsh penalties to address DUI convictions. These penalties apply regardless of whether you had a child in the car or not. A first-time conviction for a DUI can result in:

Additionally, DUIs are priorable offenses in the state of California. This means that they count against drivers who get subsequent DUIs in our area. Therefore, you face higher fines and a more extended period of jail time for all subsequent DUI convictions.

What Will Happen to My Child After I Get Arrested for DUI?

The police will take care of your child until your spouse, another relative, or legal guardian can pick them up. A DUI arrest can also invoke an investigation from Child Protective Services (CPS). While it isn’t likely to lose custody of your child after a first offense, CPS will most likely continue to check in on you and your child periodically from here forward.

A conviction for a DUI with a child in the car can have serious effects here in Los Angeles. Fortunately, there are steps you can take right away if you get charged with a DUI. First, make sure that you reach out to a lawyer right away to get the help that you want.

A DUI lawyer in Los Angeles can handle all your legal needs quickly. Your lawyer can begin taking steps to block evidence against you. Many drivers worry about the results of blood alcohol content (BAC) test after a DUI arrest, but a law firm can work to:

BAC tests only work if they are performed correctly and handled properly by the lab. A lawyer can assess what happened during your arrest and could work to show that the arresting officer did not handle your tests properly. This could weaken the prosecution’s case.

You can face severe penalties if you get convicted of a DUI with a child in the car in Los Angeles. Allow a lawyer to get to work on your defense to avoid fines and automatic jail time. A lawyer can work to show that you were not impaired or that you got stopped without due cause.

Our team often works to get DUI charges dismissed. We also take steps to get DUI charges reduced in some cases. Plea bargains allow you to reduce the DUI charges you are facing in many situations. However, these deals are not always in your best interest. We’ll assess them for you to make sure they’re fair.

Child endangerment is an entirely separate criminal offense that has little to do with DUI law. However, there are certain cases where you can get charged for this crime. California Penal Code § 273a states that adults aren’t allowed to:

In this case, driving a car drunk with a child inside can result in a charge for child endangerment.

Am I Likely to Receive a Child Endangerment Charge?

Most DUI offenses that involve children will typically result in the enhancement charge. Child endangerment usually gets reserved for only the most serious of cases. Prosecutors will usually add on a charge for child endangerment if they need to boost the odds of securing a conviction in lesser DUI cases.

Should I Get a Lawyer to Help Me?

You can face increased penalties if a child is in the car during your DUI arrest in Los Angeles. Make sure you meet your charges head-on in this situation by contacting a law firm for assistance. A Los Angeles DUI attorney can handle all your legal challenges in many ways:

If you don’t have a solid legal background, don’t risk paying large fees or facing jail time. Even if you feel like you can represent yourself, it’s still best to air on the side of caution and get help from experienced attorneys.

Get Help From a DUI Lawyer Today

It’s not wise to wait until the last minute to get legal help on your DUI case, especially if your children were present when you were pulled over and arrested. Time is of the essence if you want to win your case. So, don’t hesitate to reach out and get help after a DUI arrest in Los Angeles. DUI Penalties in CA,
Is Jail Time Mandatory For a DUI in California? Continue Reading » 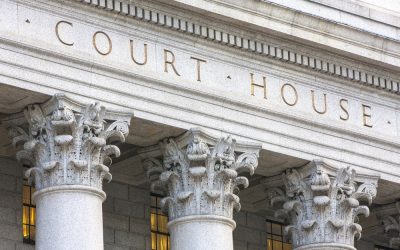 Driver's License & Insurance,
I won my DUI case but the California DMV already suspended my license. Can I get my license back? Continue Reading »