Home » Resources » Frequently Asked Questions » What is the Brady List for the Police? What are the “Brady lists” for police officers? These lists contain information about members of law enforcement who are not strictly credible. They were first created due to the results of the Brady v. Maryland Supreme Court case.

Prosecutors are responsible for keeping these lists maintained. Information on Brady lists can be requested with a Brady motion in some cases. Brady motions also allow defense lawyers to seek other information from the prosecution. Let’s further review Brady lists with this article.

Brady lists were established after Brady v. Maryland in 1963. There are a number of other names used to describe Brady lists. You may hear these lists called:

Put simply, they list members of the law enforcement community who may have issues with their credibility. Note that Brady lists do not only cover police offices. Any police employee could end up on a Brady list. This includes:

Reasons for Someone to End Up on a Brady List

You may wonder why a police officer would end up on a Brady list in Los Angeles. Individuals are added to these lists for a number of different reasons. Some officers are added because they:

It is important to keep track of these law enforcement officers, as they often continue to make arrests. Individuals who are accused of a crime by someone who is less than credible may end up facing false charges. This means that an officer’s reputation is often pertinent when it comes to criminal charges.

Brady v. Maryland did not just result in the creation of Brady lists. It also gave defense lawyers the option to request a Brady hearing. These hearings are used if the defense believes that prosecutors are holding back evidence that shows the accused is innocent.

A Brady hearing is requested with a motion. These motions can be filed at any time during a criminal trial. They are usually filed during pre-trial hearings. A Brady motion can request any evidence withheld by the prosecution, this includes information about an officer’s history of misconduct.

For example, let’s say that the prosecution knows you were arrested by someone with a history of planting evidence. You were charged with drug possession, but argue that the drugs were not yours. A Brady hearing could allow your lawyer to show that the officer who arrested you planted evidence on suspects before. This could weaken the prosecution’s case.

Find out more about Brady hearings by reaching out to a lawyer in Los Angeles right now. You can focus on building your defense by calling us at (310) 862-0199.

Charges for Driving Under the Influence (DUI) and Brady Lists

Your lawyer can take steps to access the Brady list associated with the police officer. Perhaps they have a history of stopping drivers without due cause. This could demonstrate a pattern of behavior related to inappropriate arrests. Your DUI lawyer in Los Angeles could use this information to build your defense. Your lawyer can also work to defend you by taking steps to show that:

Taking these steps can help a lawyer get your charges reduced or even dismissed. Your lawyer can also prepare to defend you in court here in Los Angeles. Start getting more information about your options by contacting us.

Talk to a Lawyer About Brady Lists on Police Officers

You can get information about Brady lists for police officers by contacting a law firm. Our Los Angeles DUI lawyers are standing by to help you. Allow us to consider whether or not you need a Brady hearing. We’ll also review other options to handle your defense. Call (310) 862-0199 to get started. We also have an online contact form for you.

Reach out to us and get a free consultation. 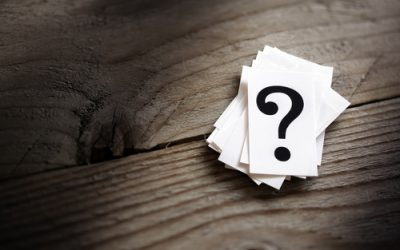 DUI Pre-Trial Motions,
How Long Do You Have to File a Response to a Motion? Continue Reading »
Menu