One of the first phases of the DUI legal process is known as discovery. Discovery is when your DUI defense lawyer requests information and evidence from the prosecutor, who must turn it over so that you can use it in building your case. This process happens long before trial and in some cases before even the preliminary hearing.

Prosecutors are required to turn over this information but there is a long history of prosecutors (and law enforcement) withholding things—typically evidence that would exonerate you or make you look good. This is illegal, and when it happens, you have the power to file a motion with the court known as a Brady motion. In some cases, a Brady motion could get your entire DUI case dismissed.

Why is it called a “Brady” motion?

The Brady motion originated with a famous Supreme Court case, Brady v. Maryland. The case dealt with a supposed murderer, John Leo Brady. Brady had been convicted of murder along with an accomplice, Donald Boblit. But, from the beginning, Brady had always maintained his innocence—he said he had known about the murder, but wasn’t involved in it.

As it turned out, a confession from Boblit supported Brady’s claim. Boblit wrote that he had performed the killing completely on his own. The prosecution had this document and knew it could clear Brady’s name, but did not turn it over during the discovery process. In other words, Brady may have been wrongfully convicted.

The Supreme Court found that this was a violation of Brady’s constitutional right to due process. Today, any such withholding of evidence is known as a “Brady violation.” If a Brady violation occurs, your lawyer can move to have the case dismissed. This is the origin of the Brady motion.

How does a Brady motion work in my DUI case?

The DUI discovery process starts with an informal request asking the prosecution to turn over several kinds of information:

The discovery request will include language formally requesting any potentially “exculpatory” information, or evidence that may be favorable to you. This is the Brady request. Once this information is requested, the prosecution is required to turn it over.

If the prosecution doesn’t turn over the evidence at least 30 days before your trial, your lawyer can take action. They will start with a discovery motion  which asks the judge to enforce the discovery request.

Alternately, if your lawyer finds out that any information was withheld, they can file the Brady motion.

How do I know if evidence was withheld in my DUI case?

This is where having an experienced lawyer truly pays off. Imagine the following example:

David is involved in a car accident. He is only mildly hurt, but the person in the other vehicle is seriously hurt. Police find that David’s car smells strongly of alcohol and there are empty, broken beer bottles on the floor. They arrest David for DUI causing injury, a potential felony. David says the beer bottles were broken in the accident, and that he had only had two drinks before driving. The police don’t believe him.

At the scene, police also interview witnesses. They ask several bystanders if they saw any signs of drunkenness. One says very confidently that he watched the whole arrest and David never slurred his words or stumbled once. But the man didn’t directly see the accident, so police decide his statement is irrelevant. The statement is not included in the evidence the prosecution provides during discovery.

An inexperienced lawyer, or an overworked public defender, may never find out that there is witness testimony saying David looked sober. But a dedicated DUI lawyer could find out many ways:

These are extra steps that not every lawyer would take, but they can make a dramatic difference in the outcome of your case. If a Brady violation occurred, they could even get the charges dismissed.

Why would a judge dismiss my case because of a Brady motion?

A Brady violations is much more than a simple paperwork error. It’s taken very seriously, for two big reasons:

In other words, by withholding evidence the prosecutor has drawn their own objectivity and fairness into question. This taints the fairness of the entire case against you.

Not every Brady motion leads to a dismissed charge. In some cases, the missing evidence won’t be enough to change the outcome of the trial (in David’s case, for example, the helpful witness’s testimony might not matter if David tested with a blood alcohol level that’s twice the legal limit). But the judge may take it into consideration and has the power to dismiss some or all of the charges. If your DUI is dismissed, you are typically free to go with no further consequences. 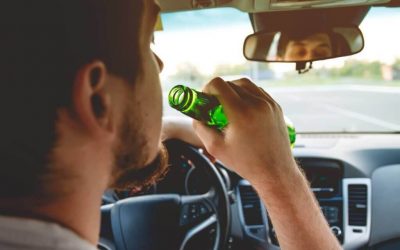 Dealing with Law Enforcement,
Can You Get a Warning for a DUI? Continue Reading »

Dealing with Law Enforcement,
What Is The Illegal BAC For Driving Under 21? Continue Reading » DUI Penalties in CA, General,
I was arrested for a DUI, and I refused the blood-alcohol content test? What are the consequences? Continue Reading »
Menu