DUI is a very serious charge in Gardena. No longer a simple traffic violation, DUI is treated as a criminal act. Even a first time DUI charge carries the possibility of jail time, plus license suspension, thousands of dollars in fines and fees, and a black spot on your record that can affect your employment. You need to defend yourself.

The best way to do that is by speaking to a Gardena DUI lawyer. DUI lawyers routinely help people defend themselves and avoid the toughest penalties. A good lawyer may be able to reduce your DUI charge to a lesser violation, help you keep your driver’s license, or even win your case outright. They can also save you a lot of money.

The Cost of a DUI in Gardena

DUI laws have gotten tougher in recent years, and the city of Gardena has cracked down. There’s a reason for this—it’s because each DUI conviction brings money to local government. A single first time DUI can now result in over $15,000 of fines and fees. It should be no surprise that Gardena participates in large scale DUI crackdowns with neighboring communities to rack up as many arrests as possible.

But the dollar cost isn’t the only penalty you face. California law sets tough sentences for all DUI’s, and they only get tougher if you’ve had previous convictions. The penalties for a first time DUI include:

Penalties for repeat offenses are even tougher. You could face up to a year in jail time or over a year in a state prison. License suspension can last two years, three years or more, and so can DUI school. And the fines can easily spiral over the $10,000 mark.

In addition, you may have to install an interlock device in your car, and your DUI could even be tried as a felony.

How to Beat a Gardena DUI

Each DUI case is unique. However, most follow a similar pattern. A typical DUI will begin with an arrest by the Gardena Police Department, the LA County Sheriff or the California Highway Patrol out of the South Los Angeles office. In most cases you will be held overnight at the Gardena Jail located in the Gardena Police Station. You immediately face a variety of legal deadlines, and to fight your DUI you have to know how to handle each one.

The major deadlines of a DUI case are:

Do You Need a Lawyer for a Gardena DUI?

You are not required to get a DUI lawyer in California. However, a lawyer who works exclusively on DUI can make a huge impact on the outcome of your case. There are dozens of defense tactics that can work in a DUI, but only a few will work in any given case. A good DUI lawyer will know how to choose the right one for you based on your case, the evidence against you, and the specific judge you’ve been assigned.

Tactics a DUI attorney may use include:

Speak to a Gardena DUI Lawyer for Free

We can connect you with an experienced DUI lawyer for FREE. We work only with top lawyers who focus their entire practice on DUI’s. Your lawyer will give you a free consultation and help you understand your legal options, so you can decide for yourself how best to proceed with your case.

A DUI is a serious criminal charge. Don’t face it without legal guidance. Fill out the form to the right or call (310) 862-0199 and get your FREE consultation toda 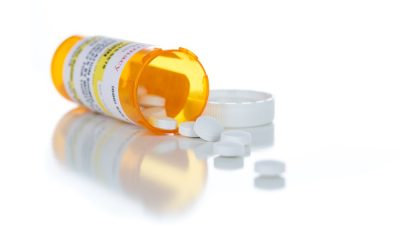 General,
What Kind of Jail Do You Go to For DUI? Continue Reading »