Being convicted of DUI does not always mean you’re out of options. California has an appeal process where individuals convicted of a criminal offense can ask a higher court to review the decision. In some cases this could lead to the conviction being overturned, which could get you a new trial and a new chance at being acquitted. But winning your appeal is not easy. You need to have a good DUI lawyer who understands the appeal process and knows what evidence creates grounds for an appeal.

What Counts as Grounds for an Appeal?

People often misunderstand what the “appellate” (appeals) process is for. Appellate courts do not reconsider the facts of the case. They don’t perform a second trial or discuss whether you are guilty or innocent. In general, the appellate courts trust in the system and the verdict reached by the original judge and jury.

The only time an appellate court will take action is if there was a legal error in your original trial. A legal error is very different from the claims above. It involves something being allowed in court that should never have been allowed. Examples of legal errors include:

If your lawyer can find evidence of an error like this, you have strong grounds for an appeal and an appellate court is likely to take your appeal seriously. But even if the evidence is clear, they may or may not overturn the conviction.

When Does an Appeals Court Overturn a Conviction?

In order to get your conviction overturned, you need to do more than just show evidence of a legal error. You need to show that the outcome of your case may have been different if the error hadn’t been committed. To put it simply: if you would’ve been convicted anyway, the appeals judge won’t do anything.

Here are two examples to illustrate how it works:

Example 1: The key piece of evidence in your DUI trial was a blood test that showed you were over the legal limit. Your lawyer found out that the blood sample had been mishandled, but the judge admitted it as evidence anyway. The prosecution had little other evidence besides the blood test. In this case, the appeals court probably will rule in your favor, because the outcome without the blood test could have been very different.

Example 2: The prosecutor used a wide variety of evidence against you, including a breath test, video footage, and testimony from the arresting officer. It later comes out that the prosecutor was close personal friends with the officer, and sends the officer expensive “gifts.” This may be a matter of misconduct by the prosecutor, but there was lots of other evidence against you. The appeal court will probably not overturn your case, because the outcome would have been the same regardless of the officer testimony.

What Are the Chances of Winning an Appeal?

The chances of success depend largely on the lawyer representing you. As you can see above, the appeals court must make a subjective judgment call. But their decision is heavily influenced by how your lawyer presents your case. A good lawyer will highlight the legal errors in the trial and clearly connect those errors with the “Guilty” verdict. A great lawyer may even spot errors that other attorneys wouldn’t.

If a mistake was made in your DUI trial, it could mean the difference between years of penalties and getting a second chance. You need a lawyer who is well versed both in DUI law and in California’s appeal process. Let us match your case to a lawyer who had the right experience for you. Fill out the form to the right or call (310) 862-0199 and get your free consultation today. Dealing with Law Enforcement,
What if the police officer contends that I refused a blood-alcohol test when I really did not? Continue Reading » 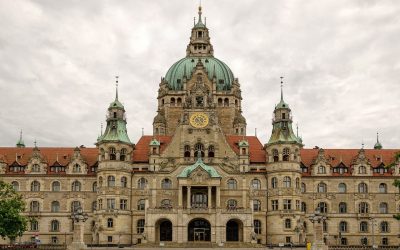 General,
How do I get a DUI reduced to reckless driving? Continue Reading »
Menu