North Hollywood is not a good place to be arrested for DUI. Law enforcement in North Hollywood has been cracking down as part of a citywide effort to reduce drunk driving. And the penalties for DUI are severe—jail time, a suspended driver’s license, and massive fines are just part of standard sentence. If you’ve been charged with DUI, you need to defend yourself.

The best way to do that is by having an experienced North Hollywood DUI lawyer on your side. DUI lawyers understand how prosecutors approach these cases and what to do to turn the tide in your case. A good DUI lawyer may be able to get you a light sentence, help you keep your driver’s license, or even have the charges against you dropped. In many cases they will save you thousands of dollars.

Penalties for DUI in North Hollywood

Like most of the state, North Hollywood has seen a tougher stance on DUI in recent years. This is in no small part because DUI carries massive fines and fees. Local courts see DUI convictions as a source of revenue, and unsurprisingly the city now has over 2,000 DUI arrests a year. Prosecutors gun for big penalties in most of these cases. The total price tag for a first time DUI can now be over $15,000.

The exact penalties you face depend on whether you have previous DUI’s on your record. California law sets increasingly tough sentences for repeat offenders. But even a first offense is not minor. Mandatory penalties include:

Even after your sentence is served you will remain on probation and may have to pay to install an interlock device on your car.

Again, these are first time penalties. Second or third DUI’s face much steeper sentences. Jail can last up to a year, or be converted to up to 16 months in state prison. Driver’s suspension and DUI treatment can continue for years. And the fines will likely add up to tens of thousands of dollars.

What Happens When You Get a DUI in North Hollywood

It’s important to understand the DUI process you face. You were most likely arrested by the LAPD out of the North Hollywood station, but North Hollywood is also policed by the Sheriff’s office and the Southern Division of the state Highway Patrol. In most cases, regardless of who arrested you, you will be processed at the Hollywood Area Jail.

(You may be required to post bail to be released from jail. If this has happened to a loved one, your DUI lawyer can assist with finding a way to bail them out.)

As soon as you’re arrested, the legal process begins—and it will move quickly. Each stage of your case requires you to make fast decisions that may have an impact on the rest of your life. The most crucial stages of your case are:

How Does a DUI Lawyer Win a Case?

Many people who face a DUI charge think the case against them is unbeatable. You may have failed a breath test or even admitted to drinking. But a DUI lawyer knows that no evidence is ironclad and that even the toughest cases can be turned around.

Some of the ways they do this include:

We believe that you deserve the best defense possible in your DUI case. That’s why we want to connect you with an experienced DUI lawyer. We work with only the most reputable lawyers, and we can match you with one who has experience with cases just like yours. You will receive a FREE consultation and be able to make an informed decision about whether a lawyer’s services could help you.

I never got in trouble with the law before and now I was facing a life-changing event for me and my family. I searched North Hollywood DUI Lawyer and bam I found my guy. When the case was dropped I could finally exhale. DUI Penalties in CA,
What are the laws against carrying alcohol in a vehicle in the state of California? Continue Reading » 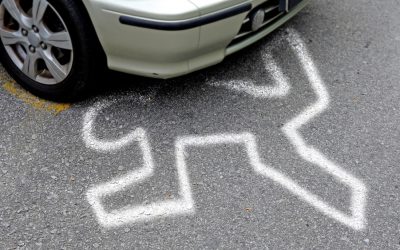