Receiving a DUI in Irvine can have serious consequences, but it doesn’t have to be the end, and you have options. A good defense lawyer can look at the situation for ways to question the evidence against you, reduce your charges, and even help reduce your sentence.

You might also wonder about what will happen after a DUI. Will you lose your driver’s license? Are you facing jail time? To get answers and the assistance you need for the best outcome, you need to speak with an Irvine DUI attorney as soon as possible. A police officer administering a breathalyzer test to a driver. With a BAC of 0.08% or higher, motorists could be looking at consequences such as high fees and jail time. A DUI attorney in Irvine can help reduce that.

What Happens After a DUI Arrest in Irvine

In the state of California, DUIs are treated as a misdemeanor, but the penalties are serious. If it’s your first DUI, the consequences are typically less severe than a repeat offense.

This is what you can expect following a DUI in Irvine:

What Your DUI Attorney in Irvine Can Do After Your Arrest

A good lawyer will use strategies pre-trial when negotiating a plea bargain and/or during the trial to win your case in court. They’ll look for things like:

Even if you are convicted, your attorney will use strategies like these to reduce your penalty severities. A DUI lawyer in Irvine can speak to your local DMV, the court, and police department on your behalf to try to influence the schedule of your hearing, impacting your case in your favor.

Penalties for DUI Charges in California

Your penalties in California will depend on how many offenses you’ve had, whether this is your first, second, or third offense. And it can greatly vary your outcome. A previous DUI offense counts for up to 10 years.

That means if you were arrested for a DUI five years ago and are arrested again, it would automatically count as a second offense. However, if the first offense was 12 years ago, the new offense would count as the “first” again.

Assuming no one was hurt or killed, penalties can vary depending on the situation. But the minimum penalties for each level of offense are:

Maximum penalties for a first offense are $3,600 total fees and fines, six months of jail time, and more license suspension and alcohol treatment time. You might also have your car impounded for 30 days and be required to install an ignition interlock device on your car.

Many of the following penalties are extensions of those from a first offense. If this is your second time being arrested for a DUI charge, you could be looking at:

Maximum penalties for the second offense can be up to $4,000 in total fines and costs, a year of jail time, and two years of restricted driving. You might also have your car impounded for 30 days, along with the installation of the interlock device.

Individuals who have a record of three or more DUI offenses will be facing serious repercussions. The minimum penalties include:

Maximum penalties for a third offense or greater could lead to total fines and fees up to $18,000. Jail time can be up to a year for three offenses or 16 months in a California state prison for a fourth offense. Your license would be suspended for two years with two years of restricted driving and car impoundment for 90 days (or total loss of your vehicle to the state).

A DUI Lawyer in Irvine Can Protect Your Rights

While you focus your efforts on preparing yourself mentally on what next steps could look like, your Irvine DUI attorney will handle the legal side of things which includes:

Being Arrested for Drug DUI Charges in Irvine

In California, a drug DUI charge, under Vehicle Code §23152(e), carries the same penalties as it does to alcohol-related cases. It is usually charged as a misdemeanor. Drugs include any legal or illegal substances besides alcohol that affect a driver’s nervous system, brain, or muscles.

Irvine DUI attorneys can explain in detail to defendants which substances are typically covered. The vast majority include commonly prescribed drugs like Vicodin or Percocet, as well as street drugs like PCP or heroin.

Although marijuana for medical and recreational purposes is legal in California, it is illegal to drive under the influence of it. The prosecutor for your case will need to prove, beyond a reasonable doubt, that you drove your car while impaired by marijuana.

Since technology for drug testing has not evolved like it has for alcohol, there are often numerous ways for a DUI lawyer to challenge a police officer’s conclusion. Understand that the officer’s subjective opinion of intoxication and the amount of active THC are the main points for prosecutors to determine whether to press charges against a driver.

Get Connected With an Irvine DUI Lawyer Today

A DUI can greatly affect, even ruin, your life without a good defense. Don’t assume there’s nothing that can be done in your case. Speak with an experienced Irvine DUI lawyer, but do it quickly, as deadlines are tight after a DUI.

Our network of lawyers have spent their entire careers working DUI cases and staying up-to-date on DUI laws throughout Irvine and the Greater Los Angeles Area. Call us today to get connected with our team for FREE and we can help you pursue the best outcome in your situation. 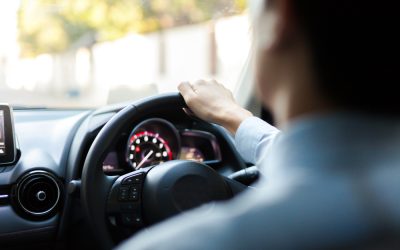 DUI Penalties in CA,
Is a 3rd DUI a Felony in California? Continue Reading »
Menu