One of the scariest prospects for many people charged with a DUI is the chance of spending time behind bars. In California, jail time is practically mandatory for people convicted of a DUI. Even if it is your first offense and no one was injured, a judge can sentence you to six months in jail.

While jail is a common penalty for people without legal representation convicted of a DUI, people who retain a skilled DUI lawyer may be able to avoid spending time behind bars. If you’d like to speak with a lawyer about your case, complete the form on the side of this page or call us at (310) 862-0199. Our representatives can help you get a free consultation with a knowledgeable DUI lawyer who can evaluate your case and help you avoid a jail sentence.

Understanding Why Jail Time Seems Mandatory for a DUI

The California Vehicle Code defines what is and isn’t legal in regards to operating a motor vehicle in the state. The Vehicle Code sets the limits for alcohol consumption for motorists and the punishments that come for violating these rules.

Under Section 23536 of the Vehicle Code, an individual convicted of a DUI offense for the first time is mandated to spend 96 hours in county jail. The section specifies that at least 48 hours must be continuous. It allows the judge some discretion to schedule the sentence around the individual’s working hours.

Taken alone, this suggests that a DUI offense carries mandatory jail time. However, Section 23538 allows judges some room to modify the minimum jail time for individuals who are granted probation. For those individuals, it is possible to spend only 48 hours in jail instead of 96.

In practice, it may be possible to avoid jail time together for a first offense. Judges can agree to waive the jail sentence for individuals who successfully complete the three to five years of probation, including any mandatory DUI education classes. In many cases, individuals only receive this sort of treatment because they have a strong advocate in their corner.

The above section discusses possible jail time for a first time DUI offenses that involve no complications. However, the penalties for a DUI change if there are any factors that might enhance the sentences. Sentence enhancements for a DUI include:

Multiple sentence enhancements can be added to your initial charge. These factors can add months or years to your potential sentence.

If you have more than 3 DUIs in 10 years or if your DUI resulted in the serious injury or death of someone else, you may face felony charges instead of misdemeanor charges. If charged at the felony level, you face the possibility of spending years in state prison instead of a county jail.

The Jail Sentence May Be Served Outside of a Jail

Judges, however, are not likely to issue either of these jail alternatives without substantial effort on your part. Admission to a licensed treatment facility prior to a trial can improve your likelihood of receiving alternative sentencing, but that may not be enough on its own. Similarly, being able to show that someone is under your care at home might help sway a judge to issue a house arrest sentence.

It can be practically impossible to do on your own. Having a DUI lawyer speaking on your behalf can do wonders for the likelihood that you can get the treatment you need or be available to take care of a loved one at home.

In Los Angeles and throughout California, prosecutors want to make an example of drivers accused of DUI. They are not likely to readily offer probation or other alternatives to jail.

Your best bet to avoid mandatory jail time is with a DUI lawyer by your side. Whether its through negotiating with prosecution or the judge, or through beating the charges outright, having a lawyer by your side can mean the difference between freedom and imprisonment. 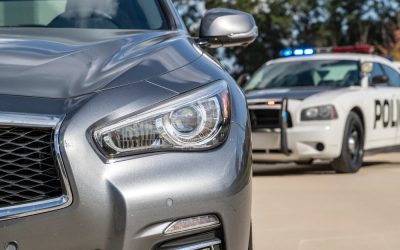 Prescription Medication DUI,
Can You Get a DUI for Driving on Adderall? Continue Reading »
Menu