Artesia takes DUI very seriously. Every DUI is prosecuted as a major criminal offense, and the results of a conviction can be life altering. Sentences for all DUIs now include jail time, a suspended driver’s license, years of probation, and thousands of dollars in penalties. It is not a conviction you want to live with—and you get only one chance to fight it.

The best way to fight a DUI is to have a good drunk driving lawyer on your side. DUI lawyers spend years learning the tactics that work against a DUI charge, both in and out of the courtroom. They will help you face a difficult, exhausting legal process–and they will be your ally every step of the way. In many cases a good DUI lawyer can get the charge reduced to something less serious than DUI, negotiate a good outcome, or even get the charge dropped so you walk away free.

Legal Consequence of an Artesia DUI

Most people don’t realize how expensive a DUI can be. Lawmakers have consistently raised the penalties over the years, to the point that even the simplest South California DUI conviction can now cost you over $15,000. These kinds of costs can bankrupt an individual citizen, but to the City of Artesia they’re easy money. Artesia makes sure to prosecute each case heavily, and law enforcement across the area has received extra funding to increase DUI arrests.

The reason DUI costs are so high is that you don’t just pay a fine if convicted. On top of the fine you also get special administrative fees, and you may have to pay “restitution” or other costs. Even if you’re sentenced to the minimum $390 fine, the total you actually pay will be at least $1,800. It can be much more.

Besides costs, the penalties for a first time DUI include:

These are just first time penalties. If you are a repeat offender you face additional penalties. Your jail sentence could last up to a year or you could get time in state prison. License suspension and DUI school will drag on for years. You may even be ordered into addiction treatment. And the costs of your fines and penalties could easily go over $10,000.

In Artesia you may have been arrested by the county Sheriff or state troopers out of Santa Fe Springs. No matter which agency brought you in, the results are the same: a fast moving legal battle that may affect your life for years.

This battle is marked by three main events, each with its own deadline. How you meet these three events will help determine the outcome of your case. They are:

How Do You Win an Artesia DUI Case?

Lawyers have a variety of tactics to take on a DUI case, both in and out of court. The best DUI attorneys devote their practice entirely to drunk driving cases, and make a career out of mastering these techniques. While each case is unique, the approach involves fighting the evidence against you on a piece by piece basis. If enough of the evidence can be challenged, the prosecutor’s case crumbles.

Some of the ways your lawyer can do this include:

These tactics may lead to the judge dismissing the case, or they may bring the prosecutor to the bargaining table. Many DUI’s get downgraded to a less serious reckless driving charge, or even dropped altogether.

Talk to an Artesia DUI Lawyer for Free

You shouldn’t face a DUI charge without qualified legal help. We can get you that help. We’ve built a network of top DUI lawyers in the Artesia area, and we can match you with a lawyer who’s right for your case. Your lawyer will give you a FREE case consultation and help you decide on your next steps. 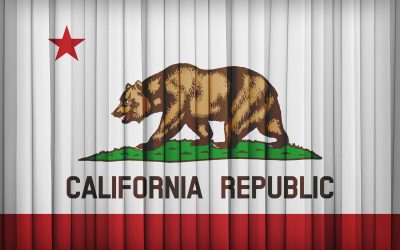 Living with a DUI,
If I Have A DUI In Another State And Get A DUI In California, Is It Considered A Second Offense? Continue Reading »
Menu