If you have three prior DUI convictions on your record, and you are arrested for a fourth DUI within 10 years of the first one, it will be charged as a felony. Felony DUIs carry far more severe consequences than ordinary DUIs, including:

It is imperative that you fight this DUI charge. Even simply getting it reduced to a lesser charge will change your life for years to come.

What counts as a “fourth” DUI in California?

California uses a 10-year “look-back” period. The 10 years count back from the date of your new DUI arrest, and any DUI arrests that took place in that period will count as priors—if you were convicted.

The following, however, do not count as “priors”:

All other DUI and wet reckless convictions during the period count.

Note: even if this is not your fourth DUI, it will still be charged as a felony if any of your previous DUI convictions were a felony.

How can I fight a felony fourth DUI?

Because a fourth DUI has to be charged as a felony, prosecutors have less leeway in offering you a deal. The best way to fight the charge is to undermine their evidence and try to lower it to a lesser, non-DUI charge, which won’t count as a “fourth offense” and doesn’t have to be a felony. In other cases you could completely win your case by challenging the evidence against you. But winning at these strategies is hard without an experienced DUI lawyer who is a tough negotiator.

Your lawyer may use strategies including:

In some cases these tactics can undermine the DUI case so much that your lawyer can simply get the charges dropped; in other cases, they give your lawyer the bargaining power to get your charge reduced to a non-felony charge, like dry reckless driving.

Sometimes the case is tougher and these tactics are less likely to work. Even then, there are options. The court’s biggest concern in a fourth DUI case is that you are a habitual offender and will keep driving intoxicated in the future. To fight this impression, your lawyer may suggest voluntarily going to treatment. This shows the court you are committed to making a change and makes it more likely that the prosecutor will reduce the charge. DUI Penalties in CA,
How Do I Request to Have a Breathalyzer Installed in My Car in California? Continue Reading » 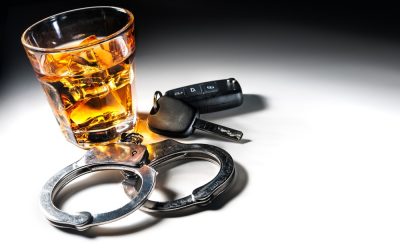 Driver's License & Insurance, DUI Penalties in CA,
How long after a DUI do you lose your license? Continue Reading »
Menu