In California, almost all DUIs get charged under California Vehicle Code (CVC) §23152(b), which says that you had a blood alcohol concentration (BAC) of .08% or higher while driving. The most common way of testing your BAC is using a breath test device, such as a PAS.

The results of your breath test can seem definitive, but they aren’t always right. The equipment itself can be inaccurate, the officers giving you the test can make mistakes, and there are many reasons you would get a false positive that “proves” you were over the limit even though you weren’t.

What Is the Difference Between a PAS and Other Breath Tests?

PAS stands for preliminary alcohol screening and primarily gets used during traffic stops investigating a potential DUI. The PAS uses a small portable breath test device that officers can use with minimal training. Police usually administer the test before the arrest, often within minutes of pulling you over, and they will use the results of the PAS to consider whether to arrest you for DUI or not.

But PAS tests are notoriously unreliable. Unlike the breath test machines used in police precincts and crime labs, they have a wide margin of error from one sample to another. Similarly, they’re susceptible to being tricked by traces of alcohol still in the mouth.

While other breath test machines have a “slope detector,” which helps screen this trace alcohol, most portable PAS systems don’t. It’s possible to challenge the breath test results no matter what device was used. But if you got tested on the side of the road before or during your initial arrest, the device was likely a PAS and is particularly open to challenge.

Why Is the Breath Test Result Such a Big Deal?

Technically, prosecutors can seek a DUI conviction with or without a breath test. But it’s much easier to convict you if they have a test showing that your BAC was above the legal limit. If they don’t have this key evidence or another similar test like a blood test, then they have to prove that you were physically or mentally impaired by whatever alcohol you consumed.

This is why the test results matter so much. Whether or not the prosecutor has breath test evidence can be the difference between convicting you and letting you go.

If I Really Was Drinking, Can I Still Fight the Breath Test?

Yes. Most drivers will rarely get arrested for a DUI stone sober, although it does happen. However, in many cases, the driver did have some drinks, but maybe not enough to be a danger to other people.

The “legal limit” of .08% BAC isn’t easy to hit. A grown man might need three or more drinks to exceed it, while a woman might need two or more. If you are drinking slowly over time or on a full stomach, you could have even more drinks and still be legal to drive.

In a DUI case, you don’t have to prove you didn’t drink at all. You just need to confirm that your BAC was not .08% or higher, at least not while you were driving. And, technically, you don’t even have to prove that. You just have to cast doubt on whether you were over .08% or not.

You Could Still Win Your Case Even if You Were Drinking

Many DUI defendants win their cases even though they were drinking, and the test said a number higher than .08%. A win can mean winning in court, getting the charges dropped with no trial, or simply getting the charge reduced to something less severe than DUI. The goal is to help you keep your license, avoid jail time, and make your DUI as inexpensive as possible.

What Happens If I Am Convicted of a DUI?

You can face several administrative and criminal penalties if you get convicted of a DUI due to your PAS breath test. Even if this was your first offense, the penalties you face are serious and can have severe repercussions, such as:

As you can see, these penalties can negatively impact your life for years. Don’t risk a DUI conviction from the results of a PAS breath test. You have many legal options available to you that can allow you to challenge those results to prevent a conviction.

What Are the Best Strategies for Attacking Breath Test Results?

There are several strategies you and your lawyer can use to attack breath test results. You can use one or several of them depending on the context and circumstances of your DUI Case:

It is also possible to defend against the claim that you refused the breath test. While this is very difficult, an experienced Los Angeles DUI attorney can assist you in fighting against the DUI charges brought against you.

While PAS breath tests seem simple to discredit, your fight doesn’t just end there. The prosecution isn’t simply going to wave their hands in the air in defeat just because you challenge the test results. You can expect a significant effort on their end to punish you for one mistake.

The prosecution may also offer you a plea bargain to help speed along the legal process. This plea bargain may seem beneficial but always review the terms first before anything else. They may know that evidence such as PAS breath test results aren’t always strong, so they could be trying to get you to admit guilt for your charges through a deceptive plea bargain.

Our DUI lawyers are more than capable of helping you during this challenging time. We won’t let the law strong-arm you into facing harsh penalties. We will help you gather evidence, represent you in court, and review all plea deals on your behalf. Don’t overlook the importance of having solid legal representation.

Get in Touch with a Los Angeles DUI Attorney Today

Get a free consultation from one of our Los Angeles DUI attorneys today. Don’t wait until the last minute to start building a strong defense for your case. We can help you discredit your PAS blood test and much more. Schedule an appointment by calling us or filling out our online contact form. Prior Felony DUI Conviction,
How Bad Is a Second DUI? Continue Reading » 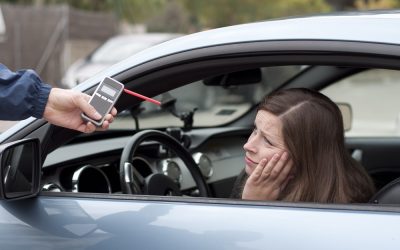