Are you facing a second charge for driving under the influence (DUI) in Los Angeles? If so, it’s natural to wonder how bad a second DUI would be. A second DUI may lead to far more serious penalties than a first offense. You could end up facing jail time, fines, restrictions on your driving privileges, and more.

Use this article to review the specific penalties associated with a second DUI and learn about defenses used to handle a second DUI charge in Los Angeles.

Many drivers are not aware that each DUI charge you face in California can lead to more serious penalties. DUIs are considered “priorable” offenses, which means it stays on your record. DUIs remain on your record for 10 years from the time of your arrest.

A first DUI may lead to relatively minor penalties. However, a second DUI is often treated much more seriously. The penalties continue to grow more severe for subsequent DUI offenses. You could even face felony charges if you are convicted of a fourth DUI in Los Angeles.

Results of a Second DUI Conviction in Los Angeles

We have discussed the fact that a second DUI may lead to more serious repercussions than a first conviction. Let’s dig into the specific results of a conviction for driving after drinking alcohol or using drugs. For the purposes of this article, we’re considering a conviction for a “basic” DUI under Vehicle Code (VEH) § 23152. You might face more serious penalties if you are accused of:

A basic DUI charge may lead to several different penalties. Some of the most common results of a second DUI conviction include:

Find out more about the results of a DUI conviction by reaching out to a lawyer for help right now. Contact a member of our law firm by calling us at (310) 862-0199. We are ready to provide you with answers to your questions right now.

Options to Handle a Second DUI Charge in Los Angeles

You should reach out to a Los Angeles DUI lawyer after an arrest for a second DUI. Your lawyer can get to work on your defense immediately. Depending upon your situation, a lawyer could take steps to:

The courts in Los Angeles could dismiss your DUI charges in some situations. For example, a judge might set aside your charges if you were stopped without reasonable cause.

You can work with a lawyer here in Los Angeles to build a strong defense. Your lawyer may focus on disputing the results of any blood alcohol content (BAC) test that you took in California. Your lawyer could also work to make sure your rights were not violated during your arrest. Find out more about your options for a defense by contacting us right now.

The Department of Motor Vehicles (DMV) and DUI Charges

A DUI lawyer could help you handle your DUI hearing and possibly avoid the suspension of your driver’s license after a second DUI arrest.

Get Help with a Second DUI in Los Angeles

A second DUI conviction in Los Angeles is often a serious situation. Fortunately, you can get help handling this charge by contacting a Los Angeles DUI lawyer. A member of our team could get to work on your case right away. Allow us to review all of your legal options. Just call us today at (310) 862-0199. You may also complete our online contact form.

We provide clients in your situation with a free consultation, so reach out to us now. 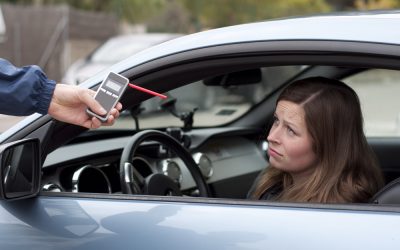 How to Fight a DUI,
Is a breathalyzer admissible in court in California? Continue Reading »