Los Angeles is tough on DUI cross the board, but there are certain circumstances where the law is stricter than normal. These circumstances are covered by California’s “Zero Tolerance” policy. Zero Tolerance essentially means that in these cases, any measurable amount of alcohol in your blood is enough to result in a DUI conviction.

This is a departure from most DUI law. In general, in California you may be able to drive with a small amount of alcohol in your system and still be “legal” to drive. Normally you’re only guilty of DUI if you break one of two rules:

But under the Zero Tolerance policy, these two rules go out the window. In these situations you are guilty of DUI even if have a much smaller level of alcohol in your system—and even if you were not acting impaired. The Zero Tolerance policy mainly affects two groups of people: drivers who are already on probation for a previous DUI, and drivers who are under the age of 21. If either of these applies to you, you need to understand the charge you face and how a Los Angeles DUI lawyer can help you.

After any DUI conviction you will be put on probation for at least three years, and often up to five years. This probation is normally “summary probation,” meaning you do not have to check in with a probation officer and you are not monitored on a regular basis. But there are a variety of requirements you have to fill during your probation period, or you may face additional penalties. One requirement that every DUI offender faces is not to drive with any alcohol in your system. If you do, you will be treated with “zero tolerance.”

This has three main consequences:

The other group subject to Zero Tolerance rules are drivers who are not yet of legal drinking age (21). Underage drinkers caught driving can face DUI charges if they have any detectable amount of alcohol in their system.

This stricter rule is based on three assumptions:

What counts as a “detectable amount of alcohol” is different for underage DUI than it is for probation violation DUI. Instead of .04%, the limit for underage drinkers is .01%—literally the smallest amount that most chemical tests can detect.

You can learn more about underage drinking and driving here: What Happens When You Get a DUI under 21 in California?

Commercial drivers also face a stricter blood alcohol limit than normal drivers. Any amount of alcohol measuring .04% or more counts as a DUI and can cost you your commercial driver’s license (CDL). But this policy is not referred to as “Zero Tolerance” in California. It’s just meant to hold commercial drivers to a higher standard.

Speak to an LA DUI Attorney for Free

No matter what kind of DUI you face, you need to defend yourself. A single DUI can have life altering repercussions and repeat DUI’s can be even tougher.

You need the help of a good DUI attorney. Your attorney may be able to reduce the severity of the consequence, get the charge reduced to something less serious, find you a way out or even win your case for you. We can connect you with a Los Angeles lawyer who has the right experience for your case. Fill out the form to the right or call (310) 862-0199 and get your free consultation today. DUI Penalties in CA, Living with a DUI,
How does a DUI “work release” work in California? Continue Reading » General,
Does a DUI Transfer from State to State? Continue Reading » 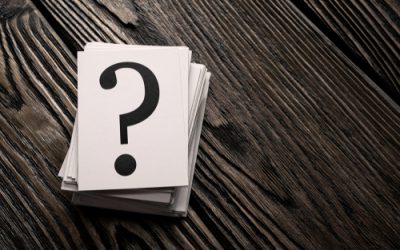