A DUI is more than just a traffic ticket; it’s a serious criminal charge that can have lifelong consequences. If you were arrested for DUI in Los Alamitos, you need a way to defend yourself. Even without any prior criminal history, a DUI conviction will cause you to lose your driver’s license, face thousands of dollars in fines, have to take DUI school classes, and even face the possibility of jail time. For these reasons and more, you need a good Los Alamitos DUI lawyer on your side — and it should be the first step you take after your arrest.

Your DUI lawyer can help you navigate the complicated California legal system and seek the best outcome for you in your DUI case. To get a FREE consultation with a Los Alamitos DUI lawyer, contact us today. Call (310) 862-0199, or fill out the Free Case Evaluation form to the right of this page.

How Can I Beat a Los Alamitos DUI?

DUI charges are serious and might seem conclusive, but it is absolutely possible to beat one. DUI lawyers are able to get defendants better outcomes and, in some cases, cleared of all their charges. That being said, you need solid knowledge, skill, training, and experience on your side to beat a DUI charge. That’s where a DUI lawyer makes all the difference.

A DUI lawyer will seek to beat your DUI by looking at the evidence against you in your case. Going through each piece one by one, they’ll look for weak spots that can get the evidence disqualified from your case. These are often issues that an untrained eye won’t be able to spot, but DUI lawyers are experts at catching details others don’t.

Here are some ways they may work to challenge your DUI evidence:

Questioning the Results from Breathalyzer or Blood Tests

These might seem scientific and concrete, but mistakes are made more often than you’d think. If the testing procedures for California weren’t followed during the test administration or processing of test results, your DUI lawyer may be able to get them thrown out completely.

Officers must follow certain procedures when making a DUI arrest. Your lawyer will look at how the arrest happened, including officers’ notes on the arrest. If they suspect your rights were violated in any way, they will investigate further. In some cases, the arrest itself may be found invalid.

Police officers are humans too, and even if they are well-meaning, they can make mistakes. Your lawyer may use confusion of facts, mistakes, or other inconsistencies in officer testimony when challenging evidence.

These are just a few of the ways your lawyer will work to rip apart evidence against you. If they can get enough pieces of evidence thrown out, the prosecution’s case may not have anymore legs to stand on.

Prosecutors are usually dealing with multiple DUI cases at one time. If they see you are putting up a real fight for yours, they may be more inclined to throw it out or offer you a better plea deal.

Will a DUI Show Up on a Background Check?

There are a number of reasons someone may do a background check on you:

If you are convicted of a DUI, it will, in most cases, show up on a criminal background check. Lesser but related charges like impaired driving or reckless driving may also show up. If you were just arrested for DUI but not charged, that may not always show up on the check.

While we believe one bad mistake does not make someone a bad person or determine their character, an employer or organization can consider your DUI when making the above decisions. This is just a further reason to work with a good DUI lawyer and fight the charges against you. You may be able to get a lesser charge that doesn’t look as bad—or you could even get the DUI charges expunged or “hidden” from your record.

Will I Have to Be on Probation After a DUI Charge?

In most DUI cases, you will have to serve a certain probation period as part of your penalties. In the State of California, DUI probation lasts between three and five years. This type of “summary probation” is not supervised, but you will have a certain legal status that determines what you can do.

During probation, you’ll agree to:

In some cases, you may be offered an alternative sentence as another form of probation. These alternatives are a way of the judge letting you prove you don’t deserve jail time.

There are typically five types of alternative sentences in California:

You may be given a probation sentence that includes more than one of these alternatives or a different sentence altogether.

Having a DUI lawyer on your side can give you peace of mind knowing you’re taking the best action towards a better outcome in your DUI case. You can fight your DUI charge, and having legal representation is the best way to improve your chances of walking away with a better situation. To speak with a Los Alamitos DUI lawyer for FREE, contact us today. We can get you a free consultation to discuss your DUI case and your options. Call (310) 862-0199, or fill out the form to the right to get started. 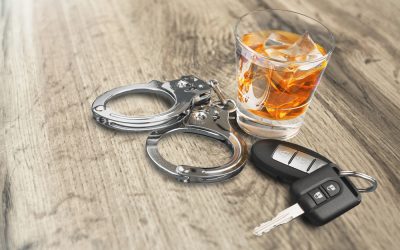 Plea Bargains,
Do You Have to Pay Your Medical Bills from a Personal Injury Settlement? Continue Reading »

DUI Penalties in CA,
Do You Lose Your License Immediately After a DUI? Continue Reading »
Menu