Getting pulled over for DUI in Laguna Hills is stressful enough, but it’s also the beginning of a lengthy legal process. In addition, the penalties associated with a DUI can cause you many issues down the road. With all of these factors in mind, it’s always in your best interest to get a good Laguna Hills DUI lawyer on your side.

We believe that one bad mistake should not stay with you for the rest of your life. Everyone deserves a good defense and a chance to reduce their penalties so they can move on with their lives. An experienced DUI lawyer can help you fight against your charges.

Get a DUI Lawyer in Los Angeles to Represent Your Case

Most of the time, it takes an experienced DUI lawyer to prove your innocence. A court-appointed lawyer won’t be enough to get a reckless driving deal. You’ll need a lawyer who routinely works on and defends DUI cases.

To increase your chances of reducing your DUI charge to reckless driving, a DUI lawyer may employ tactics like:

Prosecutors are usually juggling many different DUI cases at a time. For example, suppose yours gets supported by a DUI lawyer who suppresses prosecutor evidence and has demonstrated police procedure was improperly followed. In that case, they’re more likely to offer you a plea bargain to avoid dealing with the case further.

How Do I Choose the Best DUI Lawyer in Laguna Hills?

When it comes to DUI defense, you should be picky about the type of lawyer you hire. Many attorneys will take on DUI cases, but that doesn’t guarantee they actually have the experience and training needed to win cases.

To ensure you choose the best Laguna Hills DUI attorney, look for someone who:

You may get tempted to fight your case yourself, but this is never a good idea with a DUI conviction at stake. There’s nothing better than a professional with years of experience working with DUI cases and knowing how to approach them for the best possible result.

How Expensive Is It to Hire a Laguna Hills DUI Attorney?

DUI lawyers can cost anywhere from as low as several hundred to as much as a couple of thousand dollars. It all depends on how complex your case is, how many prior convictions for DUI you have, and other factors surrounding your case. Unfortunately, there’s no accurate way to determine how much legal fees will cost until you speak with an attorney first.

While the amount may seem like a lot to you, you shouldn’t see hiring a lawyer as a costly expense. A lawyer often means the difference between a conviction or proving your innocence. For example, if you plead guilty to a DUI, the penalties you face can cost you a lot of money in the long run. So it’s better to retain a lawyer than trying to fight on your own behalf.

Can a DUI Lawyer Represent a Minor?

Penalties for DUIs in Laguna Hills

There are several penalties you can face if you get found guilty of a DUI:

Additionally, a DUI charge can also penalize you indirectly. For example, a DUI charge on your record will increase the insurance premiums you pay each month. It can also prevent you from getting a job or getting accepted into college. These penalties are things you want to avoid and do your best to fight back against. An experienced Laguna Hills DUI lawyer can help you.

Is It Ever a Good Idea to Plead Guilty to a DUI?

In many DUI cases, the prosecutor will contact or meet with you and offer a deal in exchange for your pleading guilty. Although they will present this as a great “deal” you don’t want to miss out on. It’s rarely much of a deal at all. Most of the time, it’s no better than the standard penalty you’d face for DUI anyway.

Police officers may also pressure you not to go to court, saying your case will just be worse if you try to fight your DUI. Don’t let this scare you; remember that both the prosecutors and the police department are not on your side. They are just trying to persuade you to give in quickly, so it’s an easy win and one less case they have to deal with.

Can I Get a DUI Reduced to Reckless Driving?

Reckless driving is one of the most common plea deals for DUI. Under a plea deal, you accept a lesser charge in exchange for specific penalties connected with that charge. Reckless driving still comes with penalties, but they are far better than those associated with a DUI conviction.

With a reckless driving charge, you’ll just face two points on your driving record, a $145 fine, and 12 hours of DUI school. There are no other penalties connected to it. This means no license suspension, no jail time, and no additional fees like a DUI conviction.

Always Speak with a DUI Lawyer Before Deciding on Anything

Much of the time, pleading guilty will just rob you of the chance to improve your outcome. Instead, your lawyer can look at your case and tell you how it looks. You might be surprised to find out your case is not hopeless or as bad as it seems.

For example, they may find that the breath or blood test you took didn’t get carried out efficiently, getting it discredited, or they might be able to suppress key evidence from the prosecution if your rights were violated.

With a legal professional on your side who can point out weak spots, the prosecution may be forced to offer you a much better deal than they initially presented. We’ve seen many cases where charges or penalties are lessened or dropped altogether.

Get in Touch with a Laguna Hills DUI Attorney Today

Don’t waste any time getting started with one of our Laguna Hills DUI lawyers. With a free consultation, we can inform you of all the legal options available for your case. Don’t plead guilty or do anything until you speak with one of our lawyers first. To schedule an appointment for a free consultation, please call us or fill out an online contact form. We are available 24/7 to assist. 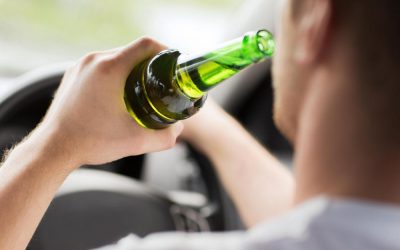