Yes, in many cases DUI manslaughter is charged as a felony. But not always.

First, it depends on which specific law you were charged under. The paperwork you were given by police after your arrest will state the specific charge. It will be either:

The difference between these two laws is minor on paper, but significant for the impact they have on your life. Both laws state that you not only killed someone while driving under the influence, but that you were behaving negligently while doing so. The “negligence” requirement means you did something careless or illegal beyond simply driving under the influence. In other words, these laws claim that you:

The difference is how wrong the “something else wrong” was.

If you were speeding slightly, or weaved a little into the other lane, that could be “ordinary negligence” and it’s up to the prosecutor whether to pursue the felony charge or just the regular misdemeanor version.

If you were speeding excessively, driving the wrong way on the highway, or veered up onto the sidewalk, that’s very reckless. It would count as “gross negligence” and you will face the felony charge.

How does the prosecutor decide whether to treat DUI manslaughter as a felony?

In an ideal world, they would base their decision only on how severe or flagrant your recklessness was. In the real world, however, prosecutors have to win cases. They will pursue the felony charge any time they believe they have enough evidence to prove their case. If they’re worried they can’t prove a felony case, they will take the easier route and pursue the misdemeanor charge.

It matters which charge the prosecutor chooses. The differences between the felony and misdemeanor versions of 191.5(b), for example, include:

The penalties for Gross DUI Manslaughter, 191.5(a), are even more severe.

You Can Win Your DUI Manslaughter Case

No matter what specific law you were charged with, if your DUI is being viewed as manslaughter you need professional legal help immediately. It is possible to beat a felony DUI manslaughter charge or get it downgraded to a much less serious offense. Do not let your DUI charge ruin your life. 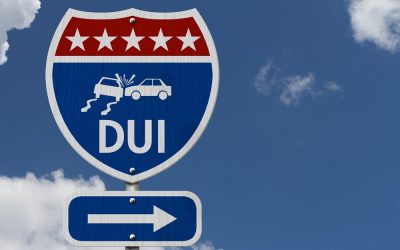 How to Fight a DUI,
I was in my car but I wasn’t driving. Is this a valid DUI defense in Los Angeles? Continue Reading » DUI Penalties in CA,
How Long Do You Go to Jail for a 3rd DUI? Continue Reading »
Menu