23222 (b) Except as authorized by law, every person who possesses, while driving a motor vehicle upon a highway or on lands… not more than one avoirdupois ounce of marijuana, other than concentrated cannabis… is guilty of an infraction

When is transporting marijuana in my vehicle illegal in California?

However, you could still be charged if any of the following is true:

Even in these circumstances, because of the way marijuana has been decriminalized, there is a chance that officers who pull you over will not charge you with VC 23222(b). However, this is at the discretion of the officer and should not be counted on.

What are the penalties for having marijuana in the vehicle?

VC 23222(b) is considered an “infraction,” meaning it is not a misdemeanor criminal offense. It’s similar to receiving a speeding ticket. The maximum penalty is a fine of up to $100.

Having marijuana in your vehicle—in any quantity—can also make law enforcement officers suspect that you are driving “stoned.” Driving under the influence of marijuana is illegal in California regardless of whether the marijuana is recreational or medicinal. You could be asked to perform field sobriety tests and could potentially be arrested for DUI. After your arrest you will be required to take a blood test or urine test to show whether you had any drugs present in your system.

If this happens to you, you may have grounds for a strong defense based on whether the arrest was appropriate in the first place. Technically, possessing a legal amount of marijuana in the car should not provoke any more suspicion than having an unopened bottle of wine in the back seat with your groceries. If the police did not have probable cause for an arrest, you may be able to win your DUI case. 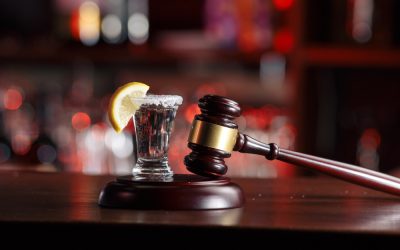