California’s Red Light law Vehicle Code 21453 CVC is the law that describes, in detail, “red light” traffic violations. Within this section, you will find rules that instruct drivers on several things pertaining to red lights, such as:

In California, the four essential facts to keep in mind as a driver regarding running a red light or making an illegal turn on a red light are:

When Is it Considered Running a Red Light?

Are California Drivers Required to Stop at Red Lights?

According to the statute, motorists are required to stop at red lights completely. They must stop before the nearest:

Are California Drivers Allowed to Turn Right at Red Lights?

Yes, according to CVC 21453 (b), the right turn on red is allowed following a complete stop at a steady red light unless there is a posted sign stating the turn would be prohibited.

Keep in mind that when executing a right turn on red, one must yield to pedestrians who have the right of way.

This speaks to circular red lights only. Red arrows are not treated the same.

Yes, according to CVC 21453, motorists are allowed to turn left following a complete stop at a steady red light. However, this applies only when turning from a one-way street to another.

Drivers must remember that pedestrians have the right of way and must yield to pedestrians and use caution when executing the left turn.

Today, in California and many other states, red light cameras are used to catch those not adhering to the rules. In the event that you received a violation of vehicle code 21453 based on a red-light camera, you have the right to challenge the violation. However, you will want to consult with an experienced attorney before doing so.

The Most Common Defenses

Drivers do not always agree with the violations they receive. Often, drivers defend their actions with these common defenses:

California is a state that permits the use of red light cameras stationed at intersections to catch drivers running red lights. The driver can challenge the ticket when a camera is used to detect the alleged offense.

Red light cameras are moving violations and go against your DMV record; because of this, you can challenge the violation and say it was not yourself operating your vehicle at the time. This is the most common defense.

Is an Attorney Necessary?

It is recommended to attain an attorney who is well versed in California laws to help you navigate the process and ensure you are not forfeiting any of your rights. The three main reasons it is beneficial to hire an attorney are:

The possible penalties and consequences of not having an attorney include:

Does a Violation Require Traffic School?

Traffic school is NOT required following receiving a violation. You may, however, choose to go to traffic school to avoid a point on your DMV record. The driver will still be responsible financially for the violation and will be expected to pay the fine.

Traffic school is only possible if the following are true: 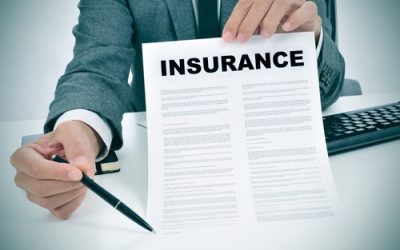 Driver's License & Insurance,
How Can I Find Out If My License Is Suspended in California? Continue Reading »
Menu