Home » Resources » Frequently Asked Questions » What Is the Difference Between Wet Reckless and Dry Reckless?

Wet reckless and dry reckless are two potential downgraded charges you may be able to plead to after a DUI arrest. Both represent a significantly lesser penalty when compared to even a “simple” DUI conviction.

There are critical differences between wet reckless and dry reckless charges. Our lawyers explain what makes them different and how they generally apply. Whether or not you get wet or dry reckless charges depends heavily on the unique circumstances of your case. A glass of liquor, car keys, and handcuffs on a table. Learn more about the difference between wet and dry reckless convictions and what they mean for you after a DUI arrest.

Any good DUI strategy is to avoid penalties and criminal charges altogether. Wet and dry reckless convictions usually result from plea bargains. An attorney may recommend you do this if your case requires it.

While accepting a plea bargain shouldn’t always be the default choice, sometimes it’s the best one. Getting your DUI case plead down to lesser penalties is much better than the alternative of severe consequences.

A wet reckless is a type of reckless driving charge, but it isn’t one you can get charged with at the time of your arrest. Under California Vehicle Code § 23103.5, a person found to be driving under the influence of alcohol may be able to plead to this lesser offense.

Likewise, individuals who have been driving with other drugs in their system may be able to plead down to a wet reckless charge.

The penalties you face if convicted of a wet reckless offense include:

While these penalties are serious, they are less severe than those you would face with even the least punishing “simple” DUI. For example, compared to a DUI, a wet reckless has:

However, your license may still end up getting suspended if you take a plea bargain. The California Department of Motor Vehicles (CA DMV) rules on alcohol and drugs state an automatic suspension process for any driver arrested under suspicion of DUI.

If you don’t request a hearing within ten days of your arrest and win the hearing, you may lose your license without ever being convicted of a DUI.

A dry reckless is another way of describing a reckless driving charge when the driver was initially arrested for a DUI. A dry reckless charge would be the same sort of charge if you got arrested for any type of unsafe driving. In instances of suspected DUI, dry reckless deals are usually only cut if you have a blood alcohol concentration (BAC) below the legal limit of 0.08%.

If you plead to a dry reckless offense, you face:

While these penalties are lower than a wet reckless charge, a dry reckless has an additional advantage.

While you avoid many of the penalties and other problems of a DUI when you accept a wet reckless plea deal, you don’t prevent them entirely.

Wet reckless charges count as a DUI for any subsequent convictions within ten years following your initial arrest, which can enhance any penalties you face in the future. In addition, your insurance company is likely to count the wet reckless offense as a DUI for the purposes of coverage rates and availability.

A dry reckless plea deal avoids this. It can do so because the charge does not include the mention of alcohol or other drugs in your system. The additional points on your license may still increase your insurance, but a dry reckless conviction on your record will not count against you if you get arrested for a DUI in the future.

Getting a Wet Reckless or Dry Reckless Plea Bargain

Two key factors impact your ability to get a wet reckless or dry reckless plea bargain:

A lower BAC increases the likelihood of being able to negotiate for a downgraded charge. The prosecution has discretion about what to offer you and may not be willing to downgrade your charge if you had a BAC well above the legal limit.

Likewise, the prosecution might not be willing to negotiate with you directly. The prosecutor may believe that they can get the maximum penalty for you at a trial, so there is little incentive for them to strike a deal.

Should I Retain a DUI Lawyer to Help Me?

With a lawyer by your side, you can significantly improve your chances of getting a plea deal. A skilled Los Angeles DUI lawyer can negotiate with the prosecutor on your behalf for a downgraded charge.

Strong legal representation can also point out flaws in the chain of evidence or with the procedure used by the arresting officer. These flaws decrease the chances of the prosecution winning at trial and make them more likely to offer a favorable plea bargain.

Don’t End Up Facing Serious Charges for Your DUI

If you’re facing DUI charges, you need to contact a lawyer as soon as possible. Don’t try to fight on your own, especially if you don’t have any prior experience with the law. Instead, you should reach out to a reputable law firm and get a free consultation on your DUI case. 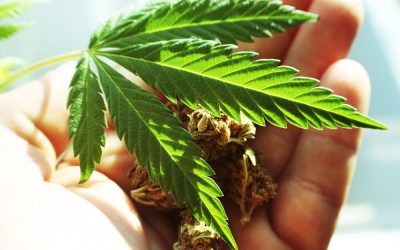 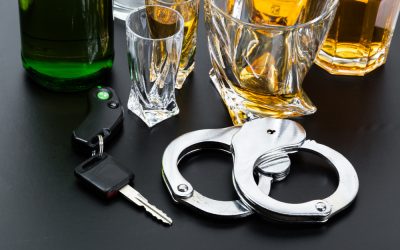