Home » Living with a DUI

A DUI conviction does appear on criminal background checks in most cases. Related charges, such as impaired driving or refusing a breath test, can also show up. However, DUI arrests will not always show up. … Read More »

After you’ve been arrested for a DUI in Los Angeles, you will be presented with several chances to plead guilty. A prosecutor may approach you before your arraignment, promising you a sweetheart deal that is … Read More »

Like many other states, California has harsh punishments for drivers convicted of a single DUI, but even more serious penalties for repeat offenders. If you have a DUI from another state, whether it was your … Read More »

Prior to sentencing, many people don’t think of the ignition interlock device (IID) as being one of the “tougher” DUI penalties. For people that drive every day, however, it’s a huge burden—it’s expensive to install, … Read More »

One of the most dreaded penalties of a DUI conviction is having your driver’s license suspended. It’s almost impossible to get around the Los Angeles area without driving. We use our cars to go to … Read More »

A DUI is not just a criminal offense. It also brings with it a variety of social penalties that can close the door to education opportunities. We’ve discussed in detail how a DUI conviction affects … Read More »

Being convicted of DUI does not always mean you’re out of options. California has an appeal process where individuals convicted of a criminal offense can ask a higher court to review the decision. In some … Read More »

If you have a DUI on your record and you attempt to enter Canada, you will most likely be turned away at the border. It is possible to travel to Canada with a DUI, but … Read More »

Yes. Unfortunately, colleges and other schools can consider your criminal history when deciding whether to admit you. There is no anti-discrimination law for individuals with a DUI on their record. However, not all schools will … Read More »

If you are convicted of DUI in California, you will receive at least three years of probation on top of your sentence. Probation is a period of special scrutiny where you are supposed to show … Read More » General,
What happens if you get a DUI in California and move to another state? Continue Reading » 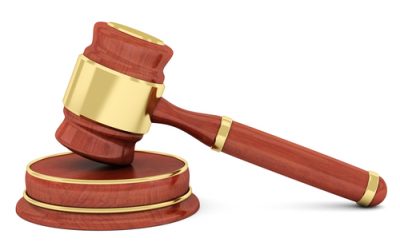 Drinking in a Vehicle,
Can You Get a DUI if Your Keys Are Not in the Ignition? Continue Reading »