Home » Resources » Frequently Asked Questions » How Can I Avoid Jail Time for a 3rd DUI in California? If you’re facing the possibility of being convicted of a third DUI in California, avoiding jail time will be difficult. Jail time can be substantially more likely if you choose to represent yourself.

However, with the help of an experienced DUI lawyer, it is possible to avoid jail time for a third DUI. Avoiding jail time will require a great deal of effort, so it’s important that you speak with a lawyer as soon as possible after your DUI arrest. To schedule a free consultation with a knowledgeable DUI lawyer who can evaluate you’re the facts of your case, call (310) 862-0199 or fill in the form on the right.

A third DUI, as stated above, comes with a mandatory jail sentence. Typically, individuals will serve that sentence at a jail in the county where they committed the offense.

Rehab is an unlikely sentence for most first time DUI offenders, but judges may be more inclined to send repeat offenders to a rehab or detox program. These facilities will help you deal with your addiction to alcohol on a physical and emotional level. As part of the treatment process, you will also likely be required to attend regular meetings even well after you’ve been released from the rehab facility.

Admission to a rehab facility in lieu of jail time may only be possible for defendants who show remorse and a willingness to accept responsibility for their actions. Especially with the advocacy of a lawyer, judges may be willing to offer more lenient sentences to such defendants.

The judge may allow you to serve the term of your jail sentence under house arrest. You will be fitted with a location tracker, for which you will be responsible to pay. You will be largely confined to your house, but you may be allowed a limited amount of time to go to work, attend alcohol treatment, or handle other responsibilities. In keeping to the terms of your house arrest, your home may be subject to random searches by the police.

Judges may not always be willing to accept an alternative to time behind county bars for a third DUI offense. Instead, your best option may be to beat the charges you’re facing.

Even in cases where you have previous DUI convictions, it is possible to beat a DUI charge. Building a strong DUI defense requires expertise that only comes from handling DUI cases. A skilled DUI lawyer will evaluate your case to see if:

If there are enough deficiencies in the prosecution’s case, you may be able to have the charges dismissed well before you see the inside of a court for trial.

Avoiding jail time for a third DUI is tricky, but the right lawyer can help you. However, building the proper defense requires time and your court date can approach rapidly. The sooner you contact a DUI lawyer, the better shot you have at avoiding jail time.

Call (310) 862-0199 today to schedule an appointment with a lawyer specializing in handling DUI cases just like yours. The initial consultation is completely free to you, so don’t wait to call! DUI Penalties in CA,
How Much Does It Cost to Have a Breathalyzer Installed in My Car in California? Continue Reading » 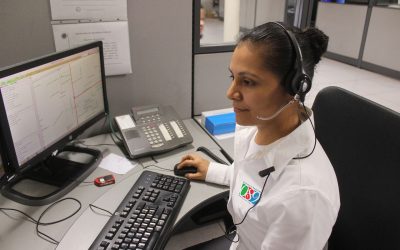 General,
What Types of Education Programs Will I Have to Go to for a DUI in California? Continue Reading »
Menu