California legalized limited recreational use of marijuana in November 2016, and has had a system for legal medical marijuana for much longer. This means that most people growing, carrying or using marijuana in small amounts are not breaking any state law. However, the relationship between marijuana and the law is complicated, and driving under the influence of pot (marijuana DUI) is still illegal. That’s why we’ve assembled this complete guide to California’s current marijuana laws.

Note: marijuana laws and regulations change often, and usually include complex rules, exceptions and regulations. There is no substitute for a professional legal opinion when dealing with a semi-legalized substance such as marijuana.

Recreational marijuana is the most recent use of marijuana to be legalized. However, there are limits to how much marijuana you can possess on your person, and rules for how you can get it or give it away. That means it is possible to possess legitimate recreational marijuana and still be arrested for a drug-related crime.

The most basic requirements in California are:

Unfortunately, there are unlikely to be many licensed marijuana shops until 2018, because that is the hard deadline by which the state must start issuing licenses. Even after that date, it may take time for any shop to get approved in your particular area. This could make it hard to legally acquire recreational marijuana, although someone can share it with you (without any money changing hands) or you can grow your own—which also comes with rules.

Violating any of these rules means you could still face legal consequences. And, even if you follow all the rules, if you drive under the influence of marijuana you will face DUI charges.

Medical marijuana rules have been around longer in California, which means there is more infrastructure in place to support those who have a valid medical need. Unfortunately, it can be hard to get approved for medical marijuana use, and you must have a prescription from a doctor.

The general rules for medical marijuana are:

Generally, even if you have a medical marijuana card, you should stay under the 1 ounce or 8 grams limits used by recreational marijuana to avoid drawing suspicion from law enforcement.

Note that DUI laws do not care whether your marijuana is medical or recreational. You can still face marijuana DUI charges even if you have a prescription.

Every country or municipality has the power to pass rules about how and where you can grow marijuana, and you need to respect your local ordinances.

Federal law is a bigger problem. Although legal at the state level, marijuana is not legal at the federal level. This means:

In most cases, law enforcement in California will ignore individuals who possess small amounts of marijuana, but federal authorities are not as lenient. They can continue to raid growing operations and dispensaries, and will do so in some cases. And there are situations where even individuals will be targeted. Law enforcement is simply inconsistent on this point.

The legal status of marijuana is irrelevant to DUI law. There are many things that are legal in general, but illegal under some circumstances. It maybe legal to own a gun, but not to shoot someone; legal to drive, but not to speed; legal to drink, but not to drive. Marijuana use falls into the same category. You may be able to grow, own and smoke it, but you cannot get behind the wheel after doing so.

This is for two reasons:

The penalties for a marijuana DUI include jail time and losing your license. It is considered just as serious as driving drunk. But you can fight these charges. It’s often hard for the prosecutor to prove just how much marijuana was in your system, and they may not be able to prove you were impaired at all. With a good DUI lawyer, you could beat a marijuana DUI charge and move on with your life.

You Can Win Your Marijuana DUI Case DUI Pre-Trial Motions,
Can a Plaintiff File a Motion to Dismiss? Continue Reading » 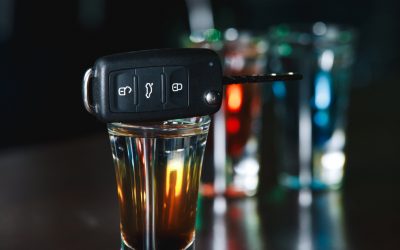 General,
Can You Drive for Uber With a DUI? Continue Reading »
Menu