Home » Resources » Frequently Asked Questions » Can You Get a DUI for Weed? California’s Proposition 64, the Adult Use of Marijuana Act, allows Californians over the age of 21 to use, purchase, possess, and grow marijuana for personal use. However, there are many misunderstandings about this law, what it allows, and the potential consequences involved in marijuana use. One common source of confusion involves driving while using marijuana: Can you get a DUI for weed?

The answer to that question is yes, there is a marijuana DUI charge in California, and it can even be a felony charge. If you have been charged with a marijuana DUI in Los Angeles, our firm can help you understand the potential consequences you face, and can help you prepare a defense strategy.

Driving While Impaired By Marijuana Is Against the Law in California

The Penalties for Being Convicted of Marijuana DUI

The penalties for a weed DUI conviction are the same as the consequences of an alcohol DUI, including the following.

A first offense DUI is generally charged as a misdemeanor that can involve up to six months in jail, a fine of up to $1,000, driver’s license suspension for up to six months, and informal probation of up to five years. These penalties increase in severity with subsequent convictions within the ten-year lookback window that California applies to DUIs.

A weed DUI can be charged as a felony if:

The consequences of a felony marijuana conviction can include incarceration, suspension of your driving privileges for up to a year, and formal probation, which involves supervision by a probation officer.

The Difficulty With Testing Drivers for Impairment By Weed

There are several problems with the issue of charging someone with a DUI for impairment by weed, including:

While you can legally refuse to submit to a field sobriety test, you face an automatic one-year suspension of your license, even if you are not subsequently convicted of a DUI. Be aware that when you obtained your California driver’s license, you agreed to submit to these tests if asked by an officer.

Other Evidence That Can Be Used to Convict You

Because the chemical tests are so unreliable, there are generally several possible defenses in a marijuana DUI case. Your attorney will provide guidance and assist you in developing the best strategy for your situation. Some possible defenses that are commonly used in this type of case include:

Our legal team can help you understand the charges against you, investigate your case to help you develop the best defense strategy for your particular situation, and advocate for your case to be dismissed or you to receive lighter consequences and reduced charges through a plea bargain. Contact us for a consultation today. 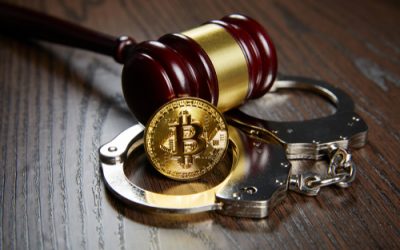