Home » Resources » Frequently Asked Questions » Can You Drive for Uber With a DUI? If you are already an Uber driver and have been arrested for DUI, you should be able to keep driving unless your license is suspended or you are convicted of the DUI charge. You need to fight the charge immediately—and request a hearing with the DMV about your license.

If you are applying to drive for Uber and already have a DUI on your record, you could get approved in some cases, but it’s complicated. Usually, you have to wait until the DUI is at least 10 years old to drive for Uber or Lyft, although there are exceptions.

Below we’ll look at:

What are Uber and Lyft’s Background Requirements for a DUI?

Neither company offers an exception of any kind.

Both companies also have policies against hiring convicted felons, which means you could be prevented from driving for them with a felony DUI on your record, even if it was more than 10 years ago. However, Uber has recently started hiring some non-violent felons, which could allow you to qualify.

How Do You Pass Uber’s Background Check?

In order to pass Uber’s required background check, you must first pass these mandated conditions:

Those who apply for Uber rideshare or Uber Eats must also follow these requirements and complete these required conditions. Additionally, Uber will look at any other violations on your license, such as:

What Counts as a DUI? What if My DUI Was Dismissed or the Charges Were Dropped?

You should expect that any DUI conviction, and any wet reckless driving conviction, will count against you with Uber and Lyft.

However, if you were not convicted, you may have a better chance. This could mean that you were acquitted (found Not Guilty), the case was dismissed, the charges were dropped, or you are still facing your DUI case.

Can I Drive for Uber if I Get My DUI Expunged?

It could help. Expunging your DUI means the court retroactively dismisses the case. Normally, this allows you to get jobs without the DUI counting against you because it is no longer part of your criminal record for this purpose.

But the DUI remains on your driver record from the DMV, and Uber and Lyft look at this record to evaluate your driving history. This means that they will still see the DUI, and they may consider it when hiring you.

The real answer to expunging a DUI is, “It doesn’t hurt, and it might help.” Expunging your DUI will definitely help with non-driver jobs, school applications, and in many other circumstances, so it may be worth pursuing even though it doesn’t guarantee you can drive for a ridesharing service.

A non-disclosure DUI is defined as a DUI that is present on the driver’s record but is not visible to third parties. Some states will even mandate that you deny ever being charged or arrested for your DUI conviction.

For example, you will be able to view your DUI on your personal record, but the information isn’t available for the public to see. But, certain conditions must be met in order to have this happen. The requirements to have a  DUI expunged are:

How Do I Fight My DUI Charge?

The best thing you can do is speak to a DUI lawyer. Your lawyer may be able to challenge key evidence against you, or even the arrest itself. A DUI lawyer can win a case outright or get it reduced to a much less serious charge in many cases.

Have you been charged with DUI? We can connect you with an experienced Los Angeles DUI lawyer and get you a FREE consultation. Fill out the form to the right or contact us today to get your free consultation. 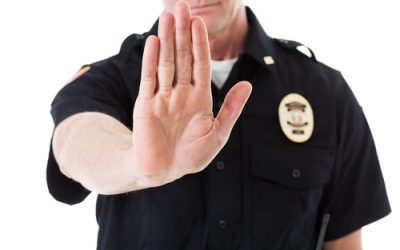 Open Container,
Can Police Search Your Car If You’re on Probation? Continue Reading »