191.5 (b) Vehicular manslaughter while intoxicated is the unlawful killing of a human being without malice aforethought, in the driving of a vehicle, where the driving was in violation of Section 23140, 23152, or 23153 of the Vehicle Code [DUI laws], and the killing was either the proximate result of the commission of an unlawful act, not amounting to a felony, but without gross negligence, or the proximate result of the commission of a lawful act that might produce death, in an unlawful manner, but without gross negligence.

Negligence is a common term that simply means carelessness, lack of attention, or not thinking through what you were doing. Gross negligence is a legal term that means something more serious. It means you did something you could obviously tell would be dangerous to others. A simple way to tell the difference between negligence and gross negligence is that if someone hears about a negligent decision, they might say, “Oh, yeah, I’ve made that mistake too.” If they hear about a grossly negligent decision, they’ll say, “Why would anyone do that?”

In 191.5(b), Negligent DUI Manslaughter, there is no gross negligence involved.

What is an example of DUI Vehicular Manslaughter?

Here is an example of an accident that could count as DUI manslaughter with ordinary negligence:

Tom is driving home from a bar where he had 3 drinks. He had promised to meet his wife there and he’s running late, so he speeds, going approximately 45 mph in a 35 mph zone. As he comes around a bend, he hits a pedestrian who was crossing the street. The pedestrian dies, and Tom is charged with 191.5(b).

If Tom had been going the speed limit, he might not have been charged with manslaughter at all—even if the pedestrian still died—because he wasn’t breaking any law or doing anything unsafe other than DUI.

On the other hand, if Tom had been going 70 mph in a 35 mph zone, that would have counted as “gross” negligence, and he would be charged with the more serious Gross DUI Manslaughter.

Instead, Tom’s actions are careless but not grossly so, and he is charged with Negligent DUI Manslaughter.

For you to be convicted of PC 191.5(b), the prosecutor has to prove each step of their case. These steps include:

That may sound complex, but this complexity is in your favor. If the prosecutor fails to prove even a single one of these four steps, you can’t be convicted. This is where a good DUI lawyer can help you. They will launch an investigation into your accident and work to show that either you weren’t negligent, you didn’t break any law or do anything unsafe, or that it wasn’t your negligence that caused the death. For example, in many cases the other party—the victim—also broke some traffic law that contributed to the accident. In these cases, it wasn’t necessarily your actions that caused their death.

It depends on whether it’s charged as a felony or a misdemeanor. Misdemeanor charges are more likely if it’s your first DUI and your negligence was relatively minor. Felony charges are common if you have previous DUIs or exhibited more carelessness.

Misdemeanor penalties for this charge include: 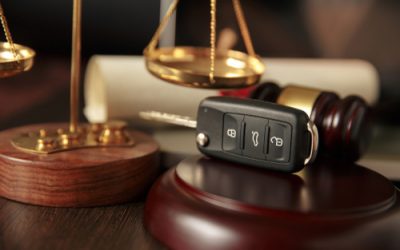 How to Fight a DUI,
What Happens If You Were Charged With DUI After An Accident In California? Continue Reading » Drinking in a Vehicle,
What Are the Penalties for Avoiding a DUI Checkpoint? Continue Reading »
Menu