Violating California Penal Code 191.5 (a) is one of the most serious drunk driving offenses you can commit. Being convicted of this felony can carry years of incarceration in state prison because it implies that you knew you were putting lives at risk when you drove while intoxicated. However, it is also a difficult charge for the prosecution to prove, and there are ways to fight it.

If you or a loved one has been charged with gross vehicular manslaughter while intoxicated, you need the services of an experienced Los Angeles DUI attorney. The complexities of facing this felony charge in court can be overwhelming and stressful. Proving you were not at fault is a process that requires a deep understanding of the law and its technicalities.

Manslaughter is a legal term that means your behavior caused a death. It implies that you did not intend to kill a person (why is why it is not murder) but that you should have known a person could die.

Furthermore, it is not enough to simply break the law while driving under the influence to constitute gross negligence. You must act in a way that shows extreme recklessness or lack of concern for death or bodily injury. It goes well beyond a simple lapse in judgment or mistake.

Although this is an extremely serious charge, there is also room to defend yourself. A skilled DUI attorney can work to reduce the severity of the charge and the punishments associated with it. A prosecutor must prove each part of their case in order to successfully convict you of violating PC 191.5 (a). They must prove that you:

While this may seem to be a tough charge to beat, you will not be convicted if the prosecutor cannot prove any of the conditions A competent DUI lawyer can defend you by working to show that either you did not act with gross negligence or that something other than your negligent act caused the death.

Proving Guilt Beyond a Reasonable Doubt

The prosecuting attorney must show beyond a reasonable doubt that you are guilty. While you may not be able to demonstrate complete innocence, your lawyer can work to dismantle or cast doubt on the prosecutor’s arguments. This means that you can create enough reasonable doubt about your guilt to win the case in your favor.

Knocking down the prosecution’s claims against you is one way to lessen the charges and reduce the punishment. Some common defense techniques include questioning the validity of intoxication tests or providing evidence that some other event was responsible for the death. It may even be possible to demonstrate that you were responding to an emergency situation (such as brake failure or a sudden heart attack) and behaved reasonably for the circumstances.

One other approach is to question if the other person also broke the law or acted carelessly. In this case, it could be shown that your negligence did not cause their death.

Because violating PC 191.5 (a) is a felony, it carries anywhere from 4 to 10 years in state prison. If you have a prior PC 191.5 conviction or two or more prior DUI convictions of any kind, the penalty increases to a minimum of 15 years in prison. There is also a fine of up to $10,000, and you will face a felony probation period after completing your prison term.

It’s important to understand that the circumstances will strongly influence the court’s opinion in sentencing you. If the crime was severe enough, you could even be facing a life sentence in prison.

Regardless of the sentence handed down, you will be convicted of a felony offense and subject to California’s Three Strikes Law. This law essentially states that if you are convicted of a second serious felony (a second “strike”), you will be sent to prison for twice the term usually prescribed. For a third strike, you will face a minimum of 25 years and up to life imprisonment.

If you are convicted of gross vehicular manslaughter while intoxicated, probation is usually not an option. However, there is the possibility that you could serve only half of the maximum time in prison if you have no previous convictions that would prevent reducing your sentence.

Implied malice does not require a specific intention to cause someone’s death. It simply means that the driver met these conditions:

Murder charges are rare because it is challenging for the prosecution to prove the driver’s conscious disregard for human life. This can be supported by other charges, such as reckless driving, excessive speed, extremely high blood alcohol concentration (BAC), or evading police. When the prosecuting attorney cannot meet the demands for a Watson murder, they will turn to the charge of PC 191.5 (a).

In these cases, the driver also has a prior DUI conviction when they commit the manslaughter. California requires that DUI convicts sign a Watson Advisement indicating they understand that driving while intoxicated can injure or kill people. This statement is used against them for any future DUI charges.

A charge of PC 191.5 (a) in California is extremely serious, and this is no time to represent yourself or be confused about how to proceed. Rely on an experienced Los Angeles DUI lawyer for the best outcome for your case. Contact us today using our online form for your free consultation. 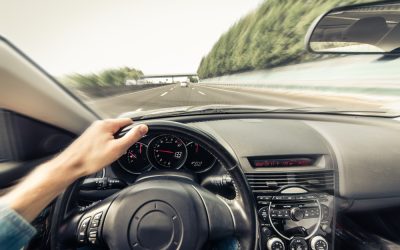