1203.2 (a) At any time during the period of supervision of a person [subject to any form of probation or parole]… if any probation officer, parole officer, or peace officer has probable cause to believe that the supervised person is violating any term or condition of his or her supervision, the officer may, without warrant or other process and at any time until the final disposition of the case, rearrest the supervised person and bring him or her before the court or the court may, in its discretion, issue a warrant for his or her rearrest.

What Is California Penal Code 1203?

California Penal Code 1203 is a massive section of California criminal law that lays down the rules for probation in criminal cases, including DUI cases. It covers every aspect of probation and parole, from defining them to limiting how the judge uses them. It also sets forth repercussions for those who violate the terms of their probation.

How Does Probation Work With DUI Cases?

DUI probation is almost always “summary probation,” which means that you do not have a probation officer supervising you, and you do not have to check in with an officer on any regular basis. Instead, you are given the terms of your probation and it’s up to you to follow them on your own.

Probation is also a vital tool in DUI cases because a good DUI lawyer may be able to get the judge to waive your jail time as long as you fulfill your probation requirements. Unfortunately, judges have a lot of discretion in what those probation terms are. Basically, as long as a requirement has some logical connection to your crime, they can order you to do it.

That means you may have to attend alcohol or drug treatment, stop drinking altogether, or attend “scare programs” at the morgue to convince you not to drive under the influence again. This is in addition to the standard DUI probation terms, which can include DUI traffic school and an ignition interlock device, among other things.

These requirements can be expensive, time-consuming, and difficult to live up to. So, many well-meaning DUI offenders end up breaking their probation.

What Happens If I Break My Probation in California?

It depends on how you broke it and how the courts found out, plus the guidelines laid out in CA Penal Code 1203. One standard term of DUI probation is not to break any law until your probation is complete.

That means that any officer who arrests you for something else, even unrelated to DUI, will report it as a probation violation. PC 1203.2 gives officers the power to arrest you solely for breaking your probation.

On the other hand, the courts may find out about violations on their own. For example, if you have not presented proof of completing DUI school, or you have willfully refused to pay a fine, the court will realize you’ve violated probation and the judge can issue a warrant for you.

Either way, once you are back in custody, the judge could send you to jail to make up for the jail time you originally got out of. The consequences of a DUI probation violation could also mean new penalties issued, including additional jail time or tougher probation conditions.

My Probation Is Too Tough. Can I Do Anything?

Possibly, if you have the help of a lawyer. When you’re arrested for a probation violation, there will be a probation hearing where you’ll have a chance to explain yourself and have the court decide what to do in response to your violation.

If you’ve had to violate your probation to do something that keeps you in good standing in society, like driving to get to work, a lawyer may be able to negotiate on your behalf to change your probation terms.

The whole point of probation is to rehabilitate you to the norms of society. If you’re trying to do that and your restrictions won’t let you, speak with your DUI lawyer or a lawyer that specializes in probation violations.

Your Rights During a California Probation Hearing

Probation hearings are much like criminal trials, but there are some key differences. Your case will be heard by a judge and the standard of evidence for conviction is lower. However, you have the right to an attorney. In addition, you have the following rights:

Probation hearings should be treated as seriously as trials. The courts have great leeway to punish you further if you’re convicted, including sending you straight back to jail. Don’t face a probation hearing without a lawyer on your side.

Have you been charged with DUI? If you do not fight back, you will probably receive probation under Penal Code 1203 at some point during your sentence. We can connect you with an experienced Los Angeles DUI lawyer and get you a FREE consultation.

Fill out our online contact form or call us to get your free consultation today. 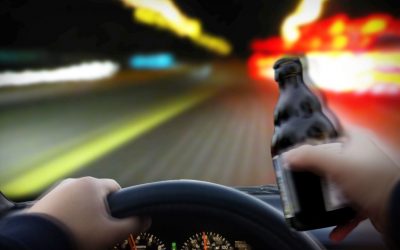 Dealing with Law Enforcement,
What Are the Three Forms of Discovery? Continue Reading »
Menu