When police make a traffic stop for DUI, they will often say they observed the driver swerving, speeding, or showing other potential signs of being intoxicated. These are known as “driving patterns” and there are over a dozen that police routinely look for. However, just because you exhibited a certain driving pattern, such as weaving out of your lane, does not mean you were intoxicated—and it is not proof of DUI.

This is an important distinction in DUI cases, because police need a valid reason to pull you over. Generally that means they either saw you break the law (speeding) or have a reason to suspect you are breaking the law (such as a driving pattern). If the pattern they observed is not a reliable sign of intoxication, then the traffic stop was illegal and your entire case may be dismissed.

What driving patterns do police look for as signs of DUI?

The most common signs they look for are:

These are the most common examples from a much longer list, which you can see here. All of these driving patterns are based on research by the National Highway Traffic Safety Administration (NHTSA) into how people drive when they’re intoxicated.

Notice that speeding is not on the list—people who are intoxicated may speed, but are much more likely to dry slowly or continuously vary their speed. However, since speeding is illegal in its own right, it can still lead to a valid traffic stop and then a DUI investigation.

What if I was weaving or driving erratically, but I wasn’t intoxicated?

This is a situation where you need to consult with a DUI lawyer. Legally, weaving (or other driving patterns) does not constitute a DUI. It is not proof of guilt. And in some cases it may not even be a valid cause for a traffic stop in the first place. People may weave, swerve, or hug the center line for many reasons:

These same things can happen when you have had a couple of drinks but are not actually impaired.

Officers rarely see the whole picture when they initiate a traffic stop. And they will use leading questions to get you to incriminate yourself (“Do you know why I pulled you over?” “Have you had anything to drink today?”). Don’t allow yourself to face a life-changing DUI because you momentarily swerved. Get legal help.

You Can Win Your DUI 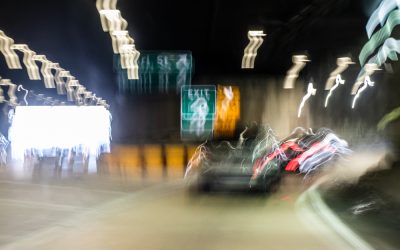 Dealing with Law Enforcement,
How Many Years Do You Get for DUI Manslaughter? Continue Reading » Dealing with Law Enforcement,
Can you refuse a breathalyzer if you’re not driving? Continue Reading »
Menu