Home » Resources » Frequently Asked Questions » Is It Worth Fighting a California DUI? When you have been arrested and accused of driving under the influence (DUI) in California, you may be wondering whether it would be easier to simply plead guilty or accept a plea agreement from the state’s prosecuting attorney. However, you may be surprised to learn that fighting a California DUI may be in your best interests.

The impact a DUI conviction could have on your life could be far more severe than you realize. With help from an experienced Los Angeles DUI lawyer, you may be able to avoid the harsh penalties of a conviction and get back to your life.

What Are the Criminal Penalties of a DUI Conviction in CA?

One of the top reasons it is worth it to fight a California DUI is because the consequences of a conviction are severe. Even if this is your first time being convicted of a DUI, you could face one or more of the following penalties:

If you are a habitual DUI offender, the consequences only get worse. You can expect the amount of fines you are required to pay to increase and the amount of time you are required to spend in jail or prison to increase as well. If anyone suffered severe bodily injury or death as a result of your drunk driving, you could face felony charges that could remain on your record indefinitely.

How Will Your Life Be Affected by a Conviction?

These are just a few of the ways that your life could be affected if you are found guilty of a DUI in California. Although you might have thought pleading guilty would make the charges against you go away more easily so you could get on with your life, a conviction could actually hold you back for years to come. For this reason, it is essential to get a Los Angeles DUI attorney on your side to clear your name.

What Are the Possible Defenses for a California DUI Conviction?

When you have been charged with a DUI, you may be wondering how you are going to be able to defend yourself. Your attorney will need to closely evaluate the specific details of your case to determine which defense strategy is most likely to produce a favorable outcome in your case. Some of the more common types of defenses used to challenge California DUIs include:

These are just a few of the more common defenses used in DUI cases across California. Your Los Angeles DUI lawyer will give you a better idea of which defense strategy is most appropriate for your case after examining the evidence against you, your criminal history, and other factors.

Do You Need to Give Your Consent to a Breath Test Under California Law?

Under California’s implied consent laws, all drivers are required to submit to chemical blood alcohol testing after they have been arrested for a DUI. However, drivers do still have the authority to refuse a preliminary alcohol screening (PAS) breath test prior to their arrest.

Drivers who are found in violation of California implied consent laws face severe penalties, including additional jail time and a minimum one-year suspension of their driver’s license.

It is important to note that California implied consent laws apply to all drivers across California, whether they are residents of the state or are traveling through and hold an out-of-state license.

Can You Enter a Pretrial Diversion Program?

If the state’s prosecuting attorney is willing to agree to a pre-trial diversion program, you will need to complete the terms of the program before you can get the charges against you reduced or dismissed based on the terms of your plea agreement.

Some of these terms might include paying fines or restitution, abstaining from alcohol use, completing a driver training or DUI program, completing community service hours, and other requirements.

Meet with a Los Angeles DUI Attorney for Help

When you are ready to fight back when you have been accused of drunk driving in California, you need a powerful criminal defense attorney on your side.

defense strategy to present at trial. Schedule a confidential consultation today to find out what is next for your DUI case. 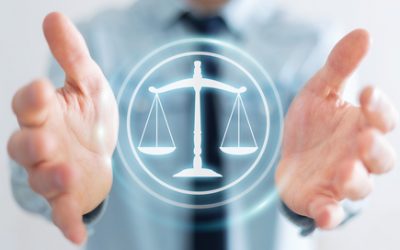