Home » Resources » Frequently Asked Questions » Can You Buy Alcohol with a Suspended License in California? If you have been convicted of driving under the influence (DUI), your license has more than likely been suspended. Of course, a suspended license prohibits you from driving legally. But what about using your license for other things, such as purchasing alcohol?

How Strict Are DUI Penalties?

Most drivers are unsure about how strict DUI penalties are. This leaves them questioning whether they can still buy alcohol if they have been charged with a DUI. Fortunately, most people should still be able to buy alcohol regardless of their DUI status.

Though, this does not mean there are no heavy consequences associated with a DUI. Beyond license suspension, convicted offenders may also face jail time and fines as a result of their intoxicated driving. To fight these charges and avoid a conviction, you need to work with an experienced DUI lawyer.

Can You Buy Alcohol with a Suspended License?

Sometimes, the courts include probation requirements that limit one’s ability to consume alcohol. For example, you may be issued probation rules that state that you must refrain from drinking alcohol entirely. In other cases, this rule can be expanded to say you are not allowed to enter bars or other establishments that primarily serve alcohol.

Fortunately, these regulations are not typically enforced in first-time DUI cases. Though, they can be used at the judge’s discretion. The courts may intend to prevent you from drinking alcohol, but they may not directly order you not to buy it.

If you are arrested and convicted on a DUI charge, you will be placed on probation after the sentencing. Probation is a sanction that is ordered by the court system that prosecuted you. You are put on probation once you have been found guilty of committing a crime.

Through probation, people are allowed to live in their community, rather than in jail, as long as they are being supervised by a probation officer. Though, this is not an option for all DUI offenders. Some simply have to go to jail or prison, and they never get a probation offer. Usually, this is the case for 3rd or 4th time DUI offenders.

The conditions that must be met to remain compliant with probation include, but are not limited to:

What Happens if You Get Caught Drunk Driving After DUI Conviction?

You may be allowed to purchase and consume alcohol following a DUI conviction. However, California’s courts will not allow drivers on probation to be inebriated in any way while driving. If you are caught driving while intoxicated, there will be serious legal repercussions.

What Is a Priorable Offense?

DUIs in California are priorable offenses. This means that the DUI remains on your criminal record for a minimum of ten years. Any additional DUI charges faced within this timeframe will result in even more severe punishment.

For example, a first-time DUI offense can lead to fines of up to $2,000, up to six months in jail, and a six-month license suspension. Being convicted of a second DUI while on probation could lead to a maximum of $2,500 in fines, a year in jail, and a year-long driver’s license restriction.

As you can see, it is never a good idea to drive drunk while on probation as the consequences can be dire. Yet, people make mistakes. That should not prevent you from living a sustainable life that involves driving. To fight your DUI charges, get in touch with a DUI attorney who will help you minimize the consequences of your DUI-related arrest.

Are There Different Rules for DUI Probation Drivers?

Once you have gotten your license reinstated, you must follow specific rules stated within your probation when driving. One of the most critical rules is keeping your blood alcohol content (BAC) low. Although most drivers above age 21 must keep their BAC below 0.08%, the requirement for DUI probation is that drivers must keep their BAC under 0.04%. Though, individuals who have been instructed not to drink as a probation regulation need their BAC to be 0% in some cases.

In addition to this rule, all drivers who are currently on DUI probation will be required to take a preliminary alcohol screening test if they get stopped on the road. Note that it does not matter why you were stopped. If you decide to refuse the test, your actions may result in the immediate suspension of your license or other penalties.

What to Expect After DUI Probation Is Over?

There are plenty of regulations that must be met while on probation for DUI convictions in California. Once your probation ends, you are not required to meet these requirements anymore. Therefore, you will be free to purchase and drink alcohol as you see fit.

Still, your DUI conviction does remain on your record for a minimum of ten years. That means you are subject to additional penalties if you are convicted of another DUI during this timeframe. In this sense, it is just as bad, or even worse, an idea to drive drunk after getting off probation.

Should You Talk to a Lawyer?

If you are unclear about whether you can drink alcohol after your license has been suspended, speak with a lawyer to get more details. Generally, your ability to consume alcohol varies based on your probation status. To learn more, give Los Angeles DUI Attorney a call today. First, we will provide you with a free consultation. If you are interested, we will move forward with providing legal counsel in relation to your DUI case. 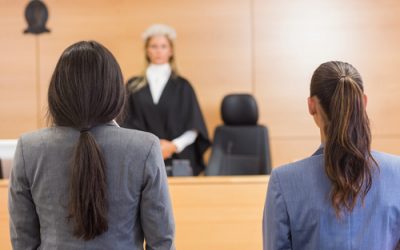 Dealing with Law Enforcement,
Does a CWOF Count as a Conviction? Continue Reading »