If you were required to appear in court for a traffic citation, even a minor infraction, and failed to comply with that order, contact a Los Angeles DUI attorney. Failure to appear in court for a traffic ticket is a crime that can lead to significant consequences. With expert legal representation, you may be able to have your charges, and the consequences reduced or dismissed.

Vehicle Code 40508a establishes that a person who “willfully violates his or her written promise” to appear in court for a traffic citation is guilty of a crime. Under this law, your failure to appear in court is considered a misdemeanor offense, even if the citation was only for an infraction.

An infraction is a minor offense and not considered a crime. The maximum punishment for an infraction in California is a $250 fine, and there is no possibility of jail time. A misdemeanor crime carries a maximum sentence of a year in jail and/or fines.

What Happens When You Get a Traffic Citation

When you are pulled over and issued a traffic violation, the issuing officer will ask you to sign a “Notice to Appear,” which lists the charges against you. By signing, you do not admit guilt but do promise to appear in court by the date shown. If you refuse to sign the ticket, California law requires the officer to take you into custody to go before a judge.

Penalties for Failing to Appear for a Traffic Ticket

Should you fail to appear in court on your assigned date, you can face the following penalties:

When the State orders a hold on your license, the DMV can then suspend your license, making it illegal for you to drive until your suspension is lifted. The severity of your penalty is often affected by whether you have a criminal record or have faced these charges before. It is in your best interest to have a Los Angeles traffic attorney consider all aspects of your case and negotiate for you.

A judge can issue a bench warrant for your arrest if you fail to appear in court. This means officers have the right to arrest you and bring you before a judge. The potential for being treated with leniency by the court is generally lower for offenders brought in through bench warrants.

A bench warrant also remains on your record until the court system clears it. Any of these penalties have a significant impact on your life. They can disrupt your education or employment situations and family life and hurt you financially.

If you have been charged for failing to appear for a traffic ticket, consult with a Los Angeles traffic attorney. An experienced lawyer will build an effective defense to reduce or dismiss the charges and penalties you are facing.

How a Los Angeles DUI Attorney Can Defend You

For the charges against you to stand, the prosecution has to first prove you have committed a crime. This requires proving you received a traffic citation, signed a written promise to appear in court for that citation, and willfully failed to appear. A “willful” failure is intentional. The prosecution does not have to prove you are guilty of the traffic violation for which you received the ticket.

A Los Angeles traffic attorney will know how to defend you against these criminal charges. Judges have leeway in deciding whether to accept excuses, or defenses, for your failure to appear, and your lawyer will know which defense best represents your situation.

Failure to Appear Was Not “Willful”

If you were using public transportation, your bus or train may have been running late or not running at all. Whatever the case, your lawyer will argue you were not attempting to avoid the appearance and potential penalties intentionally.

Officers are required to take you into custody should you refuse to sign a traffic citation. If you did not sign and were not taken into custody, your lawyer could argue your failure to appear is due to the officer’s error, not yours.

You Had an Emergency

If an emergency prevented you from appearing in court, for example, a medical episode or a death in the family, your lawyer can provide proof of that emergency and arrange for a witness to speak on your behalf. To convince the court, your emergency has to be legitimate. Surprise parties and other social gatherings or simply poor planning on your part are not acceptable excuses.

Your Los Angeles traffic lawyer will know how to present your case to the court.

A Failure to Appear Conviction Can Be Expunged

Some offenders are eligible to have failure-to-appear convictions expunged from their records. Expungement removes many of the consequences associated with this conviction. For example, expunged convictions do not have to be reported to potential employers and cannot be used against witnesses giving testimony in court.

It is also easier to obtain professional state licenses when convictions are expunged from your record. Your Los Angeles DUI and traffic attorney will know whether you qualify for expungement, file the request, and represent you at court proceedings.

A minor traffic violation can snowball into a larger offense with significant penalties if you fail to appear in front of a judge for that violation. To prevent that from happening, contact a Los Angeles DUI attorney for legal guidance and representation today. 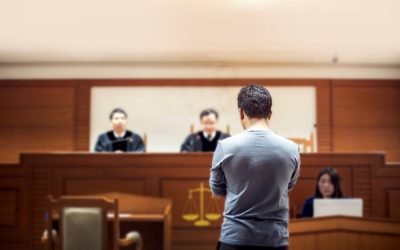 Driver's License & Insurance,
How to Get a California Driver’s Hardship License Continue Reading »