The criminal justice system in California is often complex. There are many laws in place that could have a devastating impact on your future. Some, however, are meant to protect those facing criminal offenses.

If you have been arrested and charged with driving under the influence, this statute could have a significant impact on the outcome of your case. With an experienced Los Angeles DUI lawyer on your side, you could present the strongest defense possible and secure your future.

California PC §654 is a state statute that prohibits someone from being punished twice or more for a single criminal act or omission. For example, if someone was charged with robbery and petty theft, although they can be charged and convicted of both crimes, they can only face criminal penalties for one – the one that has the longer term of imprisonment.

What Are the CA PC 654 Prohibitions?

CA PC 654 applies when someone commits an offense that can lead to one or more criminal charges. Although they can be charged and convicted of one or more crimes, they may only face exact penalties one time for the same offense. Generally, the crime that has the longer term of incarceration will apply.

Here’s another example: If Susie stole her brother’s car and was operating this vehicle under the influence, she could face both grand theft auto charges and DUI charges. Although she could be charged with the offense and found guilty of each of these crimes, only the one that has the harsher term of incarceration will be used in sentencing. Defendants can only face punishment for one of the charges they are accused of committing when there are several criminal offenses that took place at one time.

However, it is important to know what happens if that defendant is accused of committing more than one crime. If these crimes resulted from one or more offenses, then the defendant could be punished for every individual act. For example, if Jimmy stole his brother’s car on Saturday, but stole a stranger’s car two weeks later, Jimmy can face several charges for grand theft auto and face punishment for each of the crimes individually.

As you can imagine, one of the top ways criminal defense attorneys are able to help those charged with several offenses is by questioning whether more than one crime is the result of one or more acts. The state of California uses the “transaction test” to make this distinction.

This test focuses on a defendant’s intent to commit a crime and their objective. If the offenses were a part of one particular objective, under CA PC 654, the defendant should face consequences for a single one of the offenses, but not no more than that.

If you have been accused of committing more than one offense related to DUIs, it will be up to your attorney to prove these charges related to one objective as opposed to several.

Many people have heard of double jeopardy, but you may not understand how it works and is applied toCaliforna law. CA PC 654 bans more than one punishment for a single criminal act. However, the 5th Amendment of the Constitution states, and CA PC §687.7, defendants cannot face:

When Can You Use Double Jeopardy in a Defense Strategy?

The court system is often complex for criminal cases, and even the government loses its opportunity to prosecute defendants more than once for a single criminal offense. Under the law, since the defendant was in jeopardy once already, meaning double jeopardy is attached, they cannot face re-prosecution.

Some of the more common instances in which a defendant has already once been in jeopardy, include:

These are just a few of the instances in which double jeopardy may apply. Your attorney can give you a better understanding of whether you can face criminal charges based on state and federal double jeopardy laws, and their application to your case.

When a defendant has been accused of committing an act that results in several crimes, they can be charged with each of those criminal offenses as one single case. This happens through a legal process commonly referred to as joinder.

Under the law, the prosecuting attorney can combine two or more misdemeanor or felony criminal offenses as one case if:

The prosecuting attorney is under no obligation to bring separate cases for each individual offense if the offenses in question are related to a single objective.

Get Help from a Los Angeles DUI Lawyer

When your future is on the line, you need an experienced Los Angeles DUI lawyer to help you avoid the fallout of a connection. Your attorney will ensure that you are not facing several punishments for a single criminal offense and that the double jeopardy defense is used appropriately.

Schedule your no-cost, risk-free consultation with a Los Angeles DUI attorney and start working on your defense strategy as soon as today. Prescription Medication DUI,
How Much Does an OWI Lawyer Cost? Continue Reading » 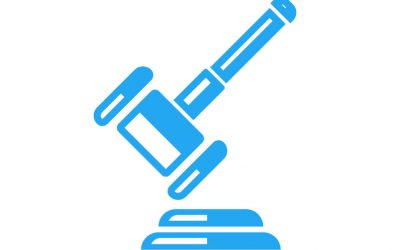 DUI Penalties in CA, General,
What are the penalties for repeat offenders? Continue Reading »
Menu