Home » Resources » Frequently Asked Questions » Can You Refuse a DUI Checkpoint in California? Drivers in California may be subject to DUI checkpoints that are used by police to catch intoxicated drivers. If you are caught driving drunk by an officer at one of these checkpoints, you will be arrested and likely charged with driving under the influence. For this reason, many wish to understand whether or not they can refuse to comply with officers’ requests at DUI checkpoints.

Can You Purposefully Avoid DUI Checkpoints?

Surprisingly, it is not illegal to turn around to avoid a DUI checkpoint. In reality, it is illegal for an officer to pull you over because you drove away from the checkpoint they had set up. You need to be careful, though.

When trying to avoid a DUI checkpoint, you still need to obey any traffic laws that apply in the area. For example, an illegal U-turn gives police immediate reason to pull you over anyway. If you are intoxicated, they are likely to find out during the resulting stop.

The same goes for drivers who make unsafe moves, like swerving or driving aggressively. These actions may be perceived as evidence of impaired driving, leading to an officer pulling you over.

Are DUI Checkpoints Unconstitutional in California?

These courts consistently decide that DUI checkpoints legally function as “administrative inspections.” Therefore, they are effectively the same, legally, as the checkpoints you must submit to when going through an airport to take a flight. By this logic, you do not have the right to outright refuse to comply with a DUI checkpoint in California.

What Are the Requirements for DUI Checkpoints?

There are rules that must be followed by the officers who are stationed at a DUI checkpoint. If these rules are not properly adhered to, you may have a case for dismissal of any DUI charges you incur at an improperly regulated checkpoint.

What Are Your Rights at DUI Checkpoints?

When you are stopped at a DUI checkpoint, the officers have the right to investigate you. Though, this does not mean that your legal rights should be violated. You are not allowed to refuse to stop at checkpoints, but there are certain parts of the investigation that you are not required to comply with.

Here are some examples of things you do not have to comply with when stopped at a DUI checkpoint:

When you get stopped at a DUI checkpoint, the officers do not automatically have the right to search your vehicle. They do have the right to look into your vehicle to find probable cause, but this only includes laying eyes on things that are clearly visible through the windows. If they do find something that makes you suspect of drinking and driving or committing another crime, they may have reason to arrest you or initiate a search.

Keep in mind that you do have the option to waive your right to deny a search and allow officers to search your car if they please. Though, even if you do not waive this right, being arrested will also give them the right to perform a search.

At a DUI checkpoint, officers tend to ask a few questions to drivers. They will ask you for your name, your license, and your registration to start. Refusing to provide this information typically leads to an infraction of some sort.

Though, you can refuse to answer certain questions. For example, if a driver asks you whether you have been drinking, you are not required to answer. Through the Fifth Amendment of the Constitution, you have the right to refuse any question that may incriminate you in the eyes of the law. This does not mean you need to be impolite, but there is no reason to answer questions that make you look like you have committed a crime.

When pulled over at a DUI checkpoint, officers may ask you to perform a sobriety test. This usually only occurs when the officers believe that you have indeed been drinking. The tests are used as a means of determining your level of intoxication before an arrest can be made.

Under California law, you are allowed to refuse to participate in any tests that the officer requests you to comply with. Though, your right to refuse testing changes once you are arrested. Note that, even if you refuse the officer’s request for sobriety testing, you can still be arrested.

Worse yet, individuals who refuse to test after an arrest are subject to enhanced punishments if they are later convicted of a DUI. These consequences range from greater fines to extended driver’s license suspensions.

Do Not Stress if You Got a DUI at a Checkpoint

Being arrested for a DUI at a checkpoint is not the end of the world. You still have the opportunity to fight the charges. This will be much easier if a DUI lawyer determines that your rights were violated during the stop.

Remember, DUI checkpoints must follow an exact set of rules. If the rules were not followed effectively leading up to your arrest, the case can be thrown out. Though, it takes an experienced lawyer to reach that point.

To find out if your arrest was legal, get in touch with a Los Angeles DUI Attorney today to schedule a free consultation. To reach us, fill out the form or give us a call. 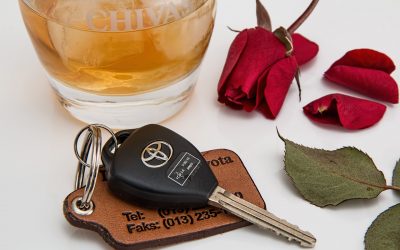